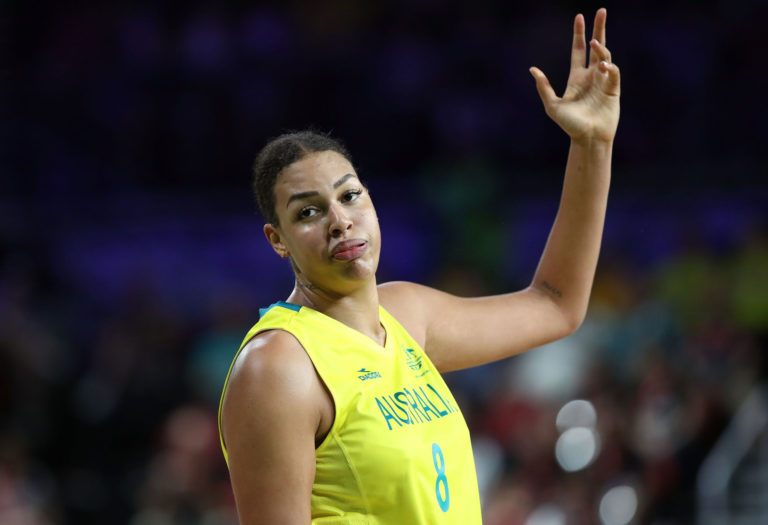 Last month, an agreement between Basketball Australia, Foxtel and the ABC ensured all 60 games of the WNBL season would be shown live across the country – and Bec Cole of the Southside Flyers was an unexpected beneficiary.

“I love being able to watch basketball almost every single night,” she says.

“So because we’re not training or playing ourselves, you can now turn on Kayo, Foxtel or the ABC and you can watch amazing games with talented athletes.

“It’s awesome for the game of basketball and really exciting for all of us.”

Leading into an Olympic year and with the FIBA Basketball Women’s World Cup in Australia in 2022 to look forward to, increased exposure for the game right now is critical.

For Cole, the broadcast agreement is an opportunity to get that increased exposure.

“There’s no other sport really on at the moment, so it’s a great chance for people to tune in, get eyes on these amazing players and this competitive sport, and the more exposure it can get the better it will be,” Cole says.

“People will realise that not only are the players in the WNBL great athletes, but they are great people too.”

Leading into this season, many fans wondered whether the Flyers – boasting current and former Australian Opals including Elizabeth Cambage, Leilani Mitchell, Jenna O’Hea and Sara Blicavs – could be beaten. 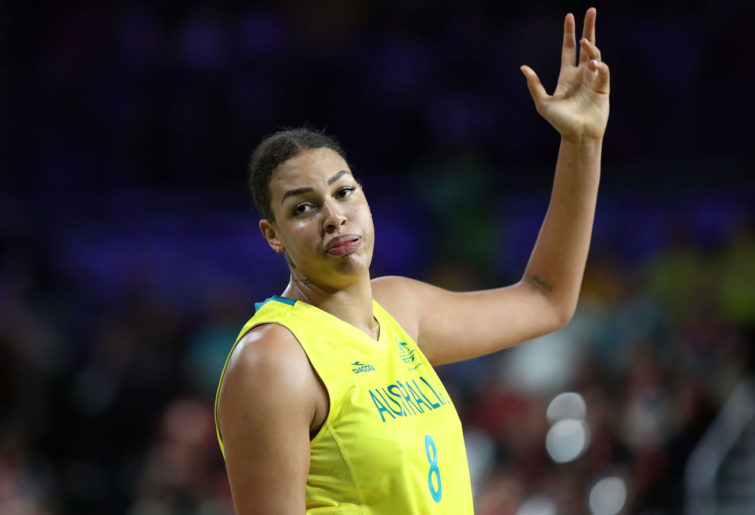 But while the Flyers had big wins over the Bendigo Spirit, Sydney Uni Flames and the Townsville Fire, they also suffered a shock loss to the Melbourne Boomers in Round 1.

For Cole, this demonstrates the quality across the entire competition:

“Going through a season undefeated is hard.

“We go into every game wanting to win, but that was a game where the Boomers had an excellent game and we didn’t play very well.

“We didn’t execute on our offence and they were making too many wide open shots on the permitter.”

But Cole and her teammates take every game as a lesson and given that the players are in a completely different environment, preparation can be impacted.

“The preparation we had wasn’t ideal. We are still gelling,” she says.

“It’s exciting for the young Australian women to get court time and make a roster. That’s important for our league too.

“Every game requires hard work and for you to grind out the four quarters to get the win. There are so many good teams and I think it will be a fight to the very end.

“But with the team we have and the desire we have to keep getting better every game, I think good things are going to happen.”

It has also reminded Southside of the importance of improving single game.

“The loss wasn’t great, but every loss is a lesson,” Cole says.

“Like everyone, we have had an interrupted preseason with some main players not in the mix until just a few weeks before the season started.

“We are still learning to gel as a team. We have such great talent on our team and its just a matter of putting it together.”

One of those talents is Cambage, who has missed the most recent WNBA season with the Las Vegas Aces due to the pandemic. Her return to the WNBL this year is a significant boost for the competition and the first time Cambage will have played in Australia in three years.

A big presence, like Liz, it is just getting used to playing with someone with her capabilities,” Cole says.

“In Australian basketball there is no one with as much presence as Cambage so it’s awesome playing alongside one of the best players in the world.

“She is so much fun to be around. She brings so much energy to the team and wants to get everyone involved. Her touch is incredible, the way she shoots the ball is something you don’t get to see every day.”

Cambage’s strong voice off the court also contributes to the inclusive culture the club has built.

“She wants to make a difference and spread positivity,” Cole says.

“Her role in making people aware of different issues is so important. It is great to be around someone who is so passionate because it rubs off on the rest of the group.”

The Flyers’ next game is against the Perth Lynx tonight and for Cole the key is putting together a complete performance.

“We have been focused on executing in offence and getting it to second and third sides. We have an inside presence and such great shooters which makes it hard to defend,” she says.

“We want to keep boxing out and rebounding so we can get into our transition game.

“We’re going to have to be prepared and we can’t wait to hit the court.”