Saturday marked the conclusion of an exceptional season for reigning IronWoman champion Lana Rogers, who was named Surf Sports Athlete of the Year at the annual Surf Life Saving Australia (SLSA) Awards of Excellence.

This recognition comes following a breakout season for Rogers in 2019-20, where she won her maiden Coolangatta Gold title and was crowned IronWoman champion after winning four of the five series rounds.

What sets this award apart is that the Surf Sports Athlete of the Year Award is open to men and women – there is no separate award – which reflects the deep commitment SLSA has had to diversity.

Great strides have also been taken to include men and women competing in equal distances and for equal pay across the key events, including the Coolangatta Gold.

Unfortunately, COVID-19 meant Rogers had to join the ceremony virtually from the Sunshine Coast, but it didn’t seem to quell her enthusiasm.

“It’s really great and such an honour. It was funny as they read out my results, I had sort of forgot about all of them and thought ‘yeah it was a good season,’” Rogers says.

“I have to credit a lot of it to my coach Sharlene Kelly – she educated me on everything and helped me to be racing a little smarter.”

Just like all other sports, surf lifesaving has been impacted by the pandemic, with several key events cancelled and athletes having to adapt to new ways of training.

“COVID has certainly changed things up this year,” Rogers says.

“I was mid-way through my 20-week training program for Coolangatta Gold and it was cancelled. I just had to refocus after that and we have had a few events recently… which got rid of the cobwebs.” 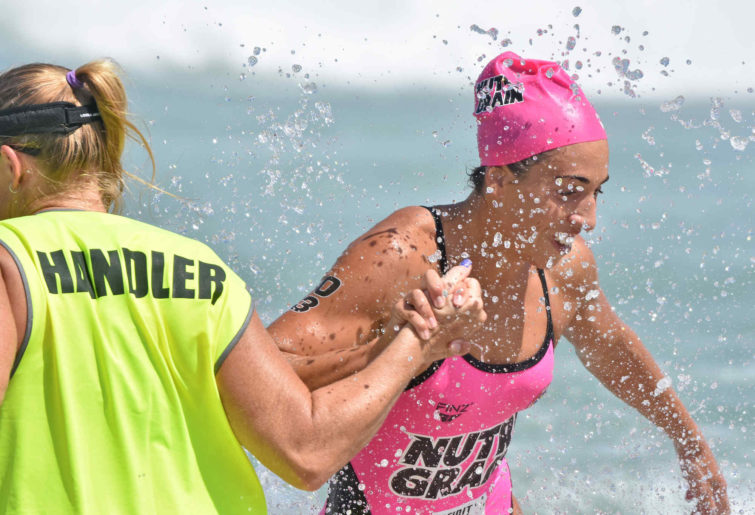 Fortunately, the upcoming season presents a fresh start, not just for Rogers and her fellow athletes but also for the sport.

Earlier this month, SLSA announced a new broadcast partner in Channel Nine for the IronMan and IronWoman series, set to commence on December 19.

This is the first time that these series have been live on free-to-air television since 2013 and will ensure increased visibility so that the next generation of young men and women can aspire to compete.

After changing clubs during the off-season, Rogers is excited to compete for Alexandra Headlands.

“I’m feeling really, really positive. The change has been a breath of fresh air for me,” she says.

“Hopefully I’ll be able to do well again. I just need to trust the training and trust the process.

“It’s so great to have the series shown on Channel Nine this summer – it will allow everyone to be able to tune and watch.”