rowing up, Abbey Willcox’s first love was gymnastics, starting when she was just five years old and continuing to compete for the next decade.

But during that decade, Willcox also developed a love of skiing.

It was also a love she shared with the rest of her family, who would travel to the Snowy Mountains in Jindabyne once a year to ski.

Little did Willcox know that one day her two loves would come together in a sport seemingly made for her.

Willcox’s mother may have had an inkling a little bit earlier.

“It was surreal even though I didn’t know what aerial skiing was at that point. But I do remember my mum saying to me, ‘You could do that one day’.”

Willcox’s opportunity came when she was 16 years old. She was asked whether she would like to try aerial skiing as it would combine her two loves: gymnastics and skiing.

“I started and I loved it,” said Willcox.

And since then she hasn’t looked back. 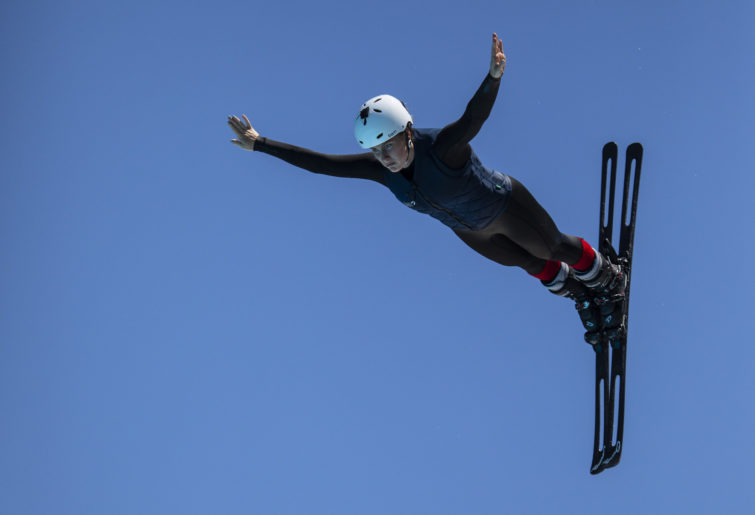 Willcox has had a tremendous rise through the sport, winning the first World Cup medal of her career earlier this year on Day 2 of the FIS Freestyle World Cup in Deer Valley, Utah.

“I didn’t expect to make the podium. I was just going out there to do my best.

“My previous best result was top 12, so to make the top three and get a bronze medal at one of the first World Cups of the year was very exciting.”

Fortunately for Willcox, her mother and father were in the audience too. Her parents usually take one trip to Utah a year to watch Willcox compete, so she considers herself fortunate that they picked that event.

While the pandemic has meant significant changes to Willcox’s training schedule, with the recent opening of the new Olympic Winter Training Centre in Brisbane, this may mean Willcox gets to spend more time at home in the coming years.

This training centre will be the new home base for the Flying Kangaroos and give them the opportunity to train all year round.

For Willcox, this new facility is a game changer.

“It is a world-class facility and the only facility of its kind in the southern hemisphere. It is everything and more that we need to train for the Olympics,” said Willcox. 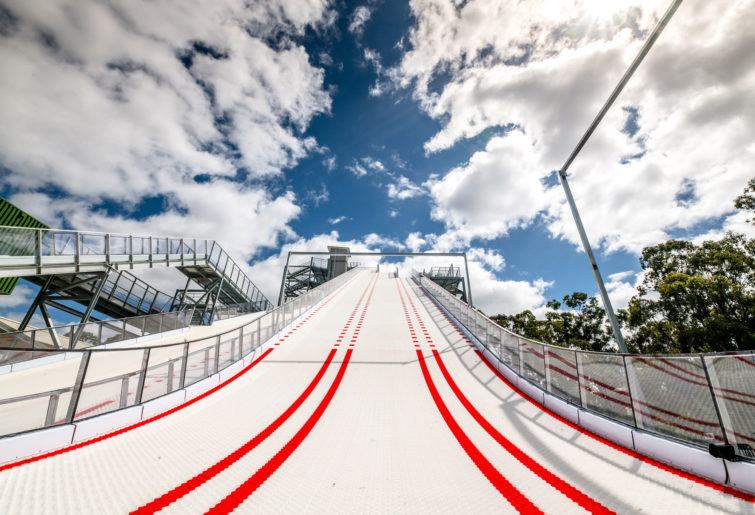 From the top of the 37-metre-high facility, athletes can reach maximum speeds of over 70 kilometres per hour and launch up to 17 metres above the water, giving them the chance to practice manoeuvres with a water landing. But the facility has one other significant advantage.

“With the other water ramps overseas, they have to stop in November when the snow comes in, whereas with this facility in Australia we can train all year round and through the summer,” said Willcox.

“It is the only water ramp open 12 months of the year.”

I asked Willcox what it feels like to stand at the top of that 37 metre ramp. Looking at photographs alone is enough to make me feel nauseous. Willcox assures me that it makes her feel slightly nauseous too.

“I don’t think there is a day where I’m not a little bit scared out there when I am training,” said Willcox.

“But you learn to trust yourself and your ability and it stops becoming a factor. You just get out there and do what you want to do.”

Given her age, Willcox is at the very start of her career and just like she looked up to the likes of Camplin and Lydia Lassila, the next generation of Aussie freestyle skiers will be looking to her too.

With World Cup success and a Winter Olympics not too far away, Willcox continues her training and is working on a new manoeuvre that she hopes to land soon.

“At the moment I am working on triple twisting double flips,” said Willcox.

“I really like that skill because there are lots of spins and it is something to master. I eventually want to be doing triple somersaults on snow.

“I love the feeling of them on the trampoline and on the bungee and can’t imagine the adrenaline rush when I land it on snow.”