his has certainly been a year like no other.

All of us are facing challenges, whether it be homeschooling children, looking after elderly parents, a loss of income or simply dealing with the stress of our first pandemic, but for many of our Tokyo hopefuls 2020 has thrown them a real curve ball.

Rowie Webster is one of our most celebrated Australian water polo players. She has been playing water polo since she was 11 years old and has gone on to represent Australia at the 2012 London Olympics, where the team won bronze, and then onto the Rio Olympic games. She is also the only Victorian woman to have captained the Australian women’s water polo team.

In 2020 Webster went from training together with her squad 14 times a week to driving her car back down to Melbourne and being in lockdown. She was disconnected from her teammates, who she was used to seeing every day, and was also struggling without that Olympic goal to focus on.

“I remember thinking, ‘What is my purpose?’,” says Webster.

“The things I kept coming back to was routine. Making sure you have some sort of plan for the day.” 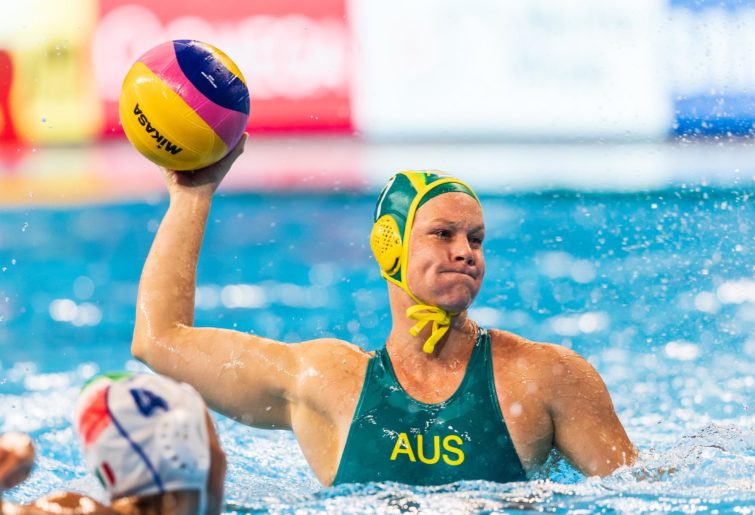 For Webster, the importance of routine and looking after yourself and the people around you are key messages worth sharing every day, but particularly today.

Today is R U OK Day, and for Webster it is a good opportunity to remind us to have a conversation with the people around you, check in on them and make sure that they are also looking after themselves. Particularly for those of our friends, like Webster, who are in Melbourne going through their second lockdown period.

“What is valuable is the power of a community,” she says. “A hello to a stranger or, ‘How you going?’ whilst out on a walk – you never know how important that is to them or you.

“I think in the darkest of times the best of humanity stands up. Whilst it has been challenging, the support I’ve received from teammates, staff members and other family members has been great.”

This R U OK Day, Webster is joined by several other athletes, including Winter Paralympian Sam Tait, in bringing awareness to the importance of connection and checking in with family and friends.

As an elite athlete, Webster also has plenty of experience with adversity. One of the hardest times of her career was just after the 2016 Rio Olympics when the Aussie Stingers missed out on a medal. Not only was that heartbreaking enough, but it was the first time since women’s water polo had been admitted to the Olympics in 2000 that Australia had missed the semi-finals.

“As an elite athlete we work so hard for these small moments and hopes of becoming an Olympic champion,” says Webster.

“We were unsuccessful at the Rio Olympics. People were worried about me returning to ‘normal society’.

“A lot of people checked in with me. Some days I was okay and other days I wasn’t. I think that was a step forward for me because now I know I can help others by asking that simple question.”

R U Ok Day is about that one simple question and encouraging each of us to meaningfully connect with the people around us and start a conversation with anyone who may be having a tough time.

You don’t have to be skilled or have particular expertise to keep the conversation going if someone you know tells you that they are not okay. The important thing is to listen, encourage action and then check in. That goes a long way to making sure people feel supported and have access to the help they need.

But for Webster, R U OK is a question we should be asking every day, particularly with our colleagues and teammates.

“I’m lucky to be part of a team sport where you have contact with a mate every day,” she says. “While the pandemic hasn’t been easy and postponement for me of the Olympics, what I’ve realised is the power of community.”

“Now more than ever during this pandemic checking in on each other, making it a priority to see how everyone is and facilitating something if more support is needed, is so important.”