You could say that Belle Brockhoff was born to be a winter athlete.

Her uncle Peter Brockhoff competed in the 1960 and 1964 Winter Olympics in alpine skiing and her great aunt Joyce Brockhoff still has a run named after her at Mount Hotham for her work encouraging and supporting women involved in snow sports.

Since then Brockhoff has achieved plenty more.

She achieved the highest placing of the Australian Snowboard Cross athletes, and then made history again when she became the first Australian female to win a Snowboard World Cup in snowboard cross in 2015-16.

She competed at PyeongChang without an ACL and finished 11th, less than two months after undergoing serious knee surgery.

At the end of the 2019-20 season she finished with five medals from the six events on tour with a World Cup victory in Canada. After finishing the season ranked second in the world, Brockhoff was recognised at the 2020 Snow Australia Awards with the outstanding achievement award.

But despite all the achievement, there are still times when the life of a professional athlete gets lonely, particularly for our winter athletes who spend so much time overseas, chasing the next snow and the next competition.

“We have to travel so far to compete. When we start to travel, it can mean 24 hours on a plane,” says Brockhoff.

“You can’t just pop home for a breather. You just can’t. You have to stay there and suck it up until you get a Christmas break or the season ends. You live out of a bag for a long time.” 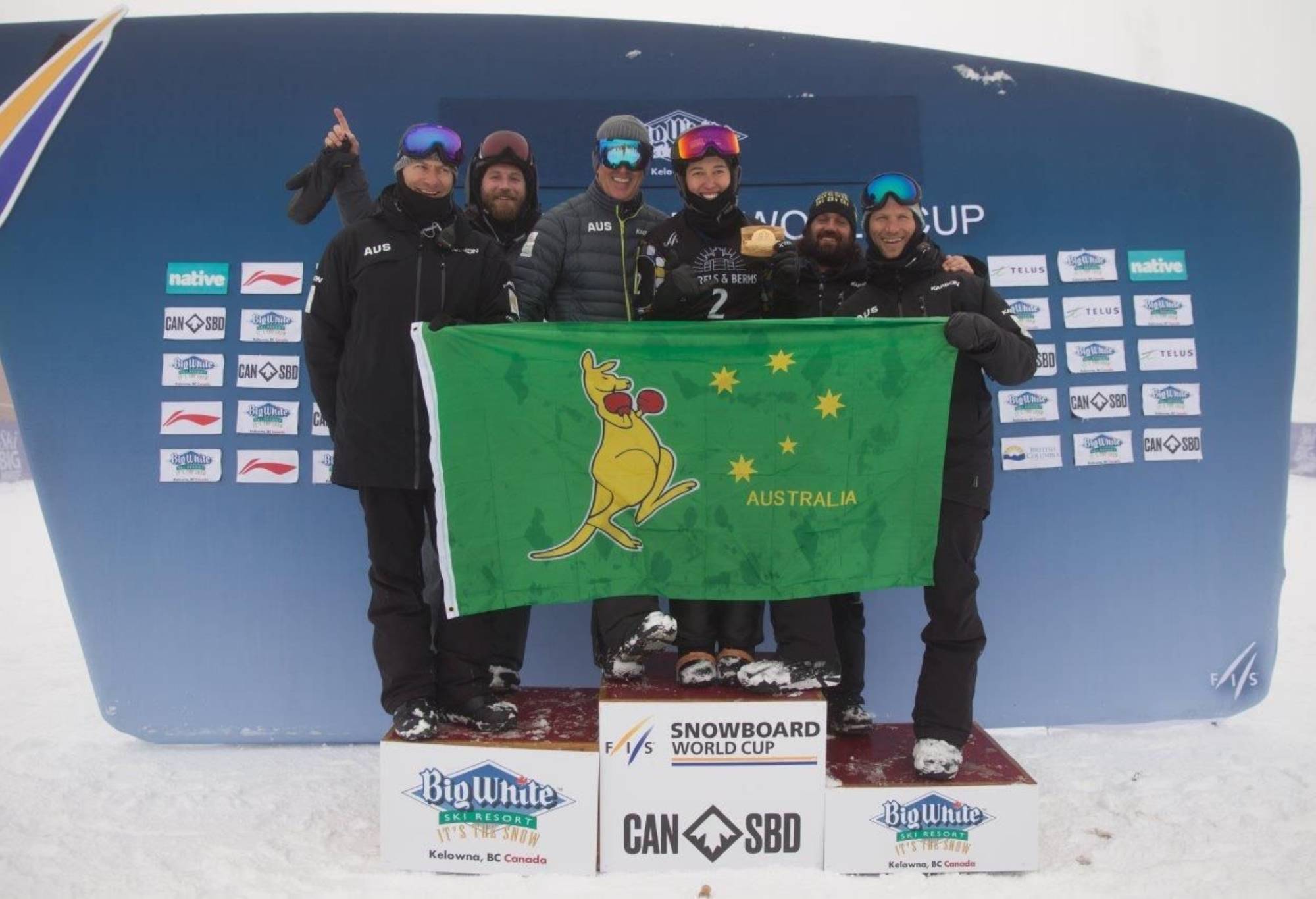 In circumstances like that, the people you travel with aren’t just your teammates. They become your family.

“You have to create close relationships,” says Brockhoff. “We all have a good relationship because we know each other so well. We are all working towards the same goal and it is better when we work together to achieve those goals together.

“It’s so important to have those strong relationships, because when you are struggling, they are there to pick you up. They get it. They know what’s involved and understand the sacrifices.”

And when you lose a member of that family it hurts.

During AOC Wellbeing Week Brockhoff wants to take the opportunity to remember one of her family members, Alex ‘Chumpy’ Pullin, and share some of her memories with him.

Brockhoff and Pullin had known each other since they were 11 years old and had met on the slopes. Later they would become teammates and friends.

For the border cross community in particular, the loss of Pullin was significant.

“He set the benchmark quite high for our team and for future generations. We have been motivated and inspired because of what he achieved,” said Brockhoff.

“We have dug deep as a team to get close to his results. We owe that to him, because he was the first.”

Brockhoff and Pullin also shared a special moment together on the slopes. When Brockhoff won the Snowboard World Cup from snowboard cross at the final event of the 2015-16 season Pullin was not far behind, winning the men’s World Cup. That created a historic double gold for the Australian team.

“I won my first medal and he won the men’s race ten minutes later,” said Brockhoff.

“We had a moment together. We started crying. I had never seen him cry before. That was Australia’s first double gold in border cross at a world cup.

“And it was a moment I will never ever forget.”

Wellbeing Week runs from 7 September to 11 September and will showcase how Aussies can improve their mental health and wellbeing. For more information please head here.