In the past, the Wallaroos were not given the opportunity to play together regularly.

This lack of experience is reflected in results at the Rugby World Cup, where the Wallaroos have recorded a best finish of third, in 2010.

But credit must go where it’s due. This lack of Test experience is something Rugby Australia has become conscious of and has started to change, with additional systems and structures put in place – in particular, the Super W.

The Wallaroos have already had the chance to play two Test matches this year, against Japan.

In the first Test, which was played in Newcastle in front of 3912 people, the Aussies won 34-5. This was a positive result considering this was their first time playing together in a year, and it marked their first victory on home soil.

There were nine debutants in this game and three of them – Averyl Mitchell, Ariana Hira-Herangi and Eva Karpani – scored. To add to the new faces, the team also had new captain Grace Hamilton, replacing Liz Patu who held the role when the team last competed in August last year. 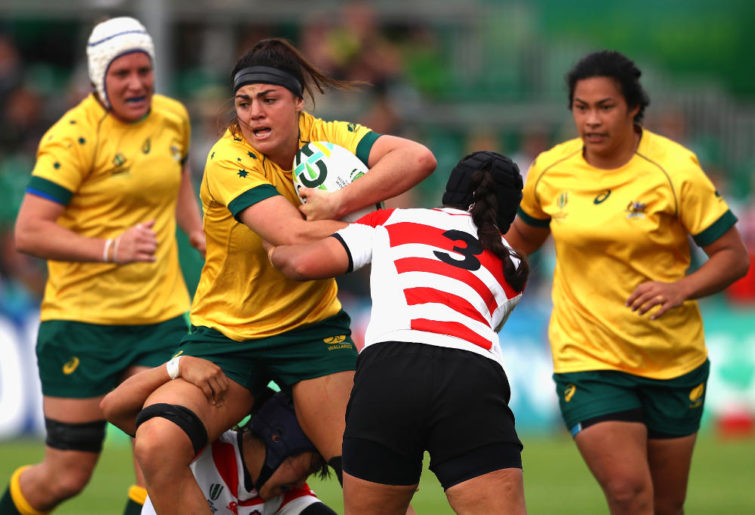 For Millie Boyle, Hamilton’s impact as has certainly been felt from the outset.

“Grace is awesome,” Boyle said. “She is one of my good friends. She plays so hard and it is awesome to play alongside her. She just leads by example with the way she plays.”

Hamilton certainly led by example in the second Test too, which was held at North Sydney Oval. In the 46-3 win, the captain scored a hat-trick to lead her compatriots to their first Test series win on home soil.

To have the opportunity to play at a boutique venue was something the team enjoyed.

“The atmosphere was really nice,” Boyle said. “They were standalone games. We get to have a smaller field with a better environment rather than playing in front of a big stadium with not as many people there.

“It was nice that our friends and family could come and it was awesome to have the support from people in the community and people that are following rugby.”

For Boyle, the importance of these matches cannot be overstated:

“It was unreal to come together and get those wins against Japan. Over the last 25 years it was the first win on home soil for the Wallaroos. It was very special to get those wins and gives us a lot of confidence and a lot to work towards going towards our next game against Japan for the Bledisloe Cup.”

So while two Tests may not seem significant, for a team that has had limited opportunity, it is a sign that RA are paying increased attention to the 15s version of the game.

But the approaching Test should not be understated.

New Zealand are one of the best rugby nations in the world. The last time the Wallaroos played the Black Ferns, in 2018, they lost 31-11 in the first game and 45-17 in the second.

But the Aussies have demonstrated improvement when they are given an increased opportunity to play together.

Take their results at the last World Cup, in 2017. The Wallaroos started the tournament with losses to Ireland and Canada. After bouncing back with a victory over Japan, Australia then played Ireland again, and in this encounter they won 36-24, to take fifth place and secure their place in the 2021 World Cup.

This is a young team full of talent. The games against the Kiwis will be tough, but the Wallaroos will be better for the experience they have gained from the two Tests against Japan – particularly the women who made their debut during this season.

If Australia is to compete on the world stage, more opportunities to play together is key.

Hopefully this series against New Zealand is competitive and allows the Wallaroos to show what they can achieve with just a little bit more investment.