It’s safe to say that the Australian Wallaroos 2017 Women’s Rugby World Cup campaign was a successful one.

Over the past couple of weeks I have written several articles about women’s rugby in Australia, questioning whether the ARU is willing to invest the funds necessary to make the women’s XV version of the game successful.

Regardless of what the ARU decide to do with the women’s XV format of the game going forward, given that the Wallaroos went into this Women’s Rugby World Cup the most prepared they had ever been for such a tournament, the goal had to be for the Wallaroos to finish better than they did at the last World Cup in 2013, where they finished in seventh place.

And that they did.

The Wallaroos started the tournament with a loss to Ireland and then a loss to Canada. After bouncing back with a victory over Japan last week, Australia’s next game was against Ireland (who narrowly defeated the Wallaroos in their opening match of the tournament by just two points).

While the final score may suggest a convincing win by the Wallaroos, scores were tied at 12 all after 34 minutes of play. But on both sides of halftime, Australia managed to score 24 unanswered points with tries to Sharni Williams, Mahalia Murphy, Sarah Riordan and Millie Boyle.

With that win, Australia not only defeated the team that beat them in the opening game, but the Wallaroos also managed to secure their place in the 2021 World Cup. 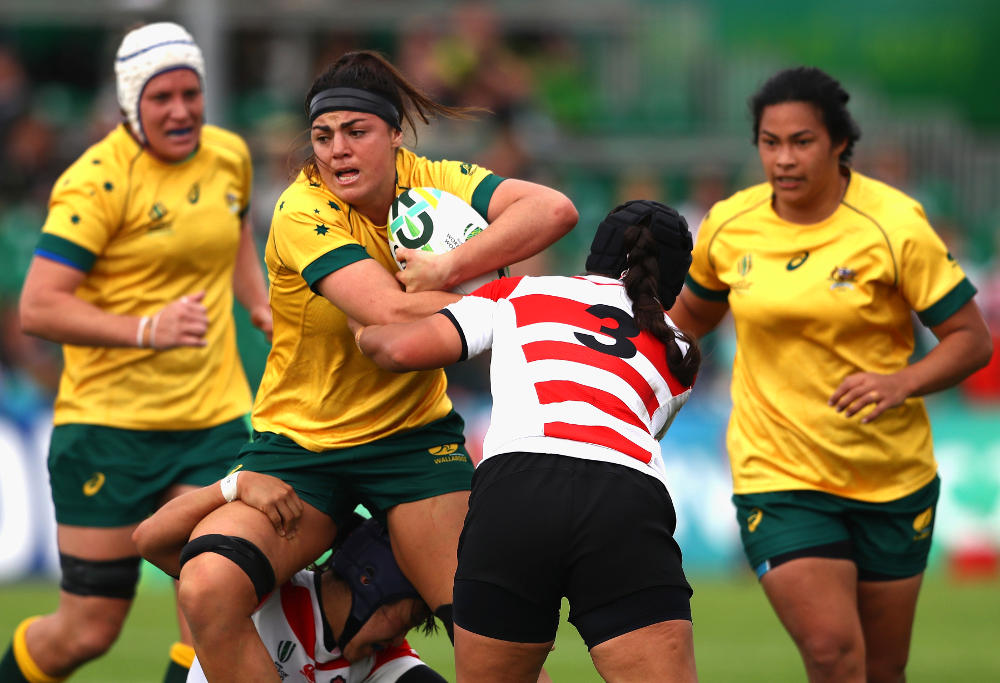 This victory meant that the Wallaroos had the opportunity to play Canada for fifth. Unfortunately Australia lost this game 43-12 and ended up finishing the tournament in sixth place with the Canadians being far too dominant. At times they absolutely exposed the defence of the Wallaroos.

A key word for the Wallaroos during this tournament was improvement – particularly when you compare their first performance against Ireland to their second. This is a team which has the ability to improve.

With the right investment and resources, I don’t see why the goal for the 2021 World Cup should be anything less than a top-four finish – but the work must start now.

The Wallaroos success at the World Cup was not the only positive news for women’s rugby this week.

Last week the AON University Women’s 7s kicked off with the opening leg of the tournament being held in Launceston. Featuring eight universities and with women from the Aussie Women’s 7s squad in every single team, this was an opportunity to watch both established and emerging talent in one weekend.

It may be too early to tell who will take out the tournament, but it was clear in the opening round that the Queensland teams are certainly ones to look out for. All three teams from Queensland made it to the final four spots with the University of Queensland winning the first leg, two points clear of their next competitor, Bond University.

What’s also clear is how important this tournament is for the Aussie Sevens coaching and high performance staff as an opportunity to scout for new talent ahead of the Commonwealth Games on the Gold Coast next year and the 2020 Tokyo Olympics.

National coach Tim Walsh and high performance manager Scott Bowen watched all 20 games of the tournament and were no doubt impressed with some of the untested talent including Mackenzie Sadler, Lauren Murty, Lily Dick and Katie Harrison.

Sydneysiders, the next leg of the tournament happens next weekend at Macquarie University – so if your team is not playing in the NRL or AFL finals, come join me on the sidelines to watch some of the best new rugby sevens talent in the country.

What are you doing on the 16th September?

I know what I’m doing. I’ll be heading to Pepper Stadium to watch the Matildas take on Brazil.

And it seems like I’m not the only one heading west, with it being reported earlier this week that less than 2,000 tickets remain for the game.

It’s been a big couple of weeks for the Matildas following their success at the Tournament of Nations, beating the United States for the first time and ending the tournament with a crushing victory over Canada.

The fact that so few tickets remain for the game demonstrates to me that women’s football in this country continues to go from strength to strength. I look forward to the Matildas continuing to build momentum ahead of next year’s Women’s Asian Cup.

And remember, the next edition of the W-League is not far away and it’s very hard for me not to get excited about Canberra United.

It has been announced in the last couple of weeks that Michelle Heyman has re-signed with the club for her eighth season with them and it was also announced this week that one of the most promising female football talents in the world, Ellie Carpenter will also be joining Canberra United for the upcoming season.