This story was first written for and published by The Roar Sports.

It has been an absolutely remarkable week for the Matildas, who are currently in the United States competing in the Tournament of Nations against three of the top ten best female football teams in the world: Japan, the United States and Brazil.

Last Friday was a historic day for women’s football in Australia, with the Matildas recording their first ever win against the United States.

We talk about New Zealand dominance in men’s rugby or Queensland dominance in State of Origin – up until last Friday the United States had it all over Australia in women’s football, with the USA winning all of the previous 27 contents. In the last 12 years the Matildas have not even managed a draw.

The breakthrough came in the 67th minute with Emily van Egmond kicking the ball to Tameka Butt, who sent the ball into the net from short range.

While there were plenty of stand-out performances in this game, I wanted to make special mention of Lydia Williams’s efforts during this game. Not only did the Australian goal keeper deny Megan Rapinoe, one of the best female footballers in the world, with a one-handed stop, she also denied Carli Lloyd twice during the game.

My favourite moment, though, was when she used her leg to stop Crystal Dunn in a one-on-one contest with just five minutes to go .

The importance of this victory cannot be understated. While this may be just a friendly tournament, Alan Stajcic’s team is working towards an Asian Cup in 2018 and a World Cup in 2019.

A victory in this game not only gave Australia confidence heading into their next but would also undoubtedly have United States football fans talking about this team from down under. 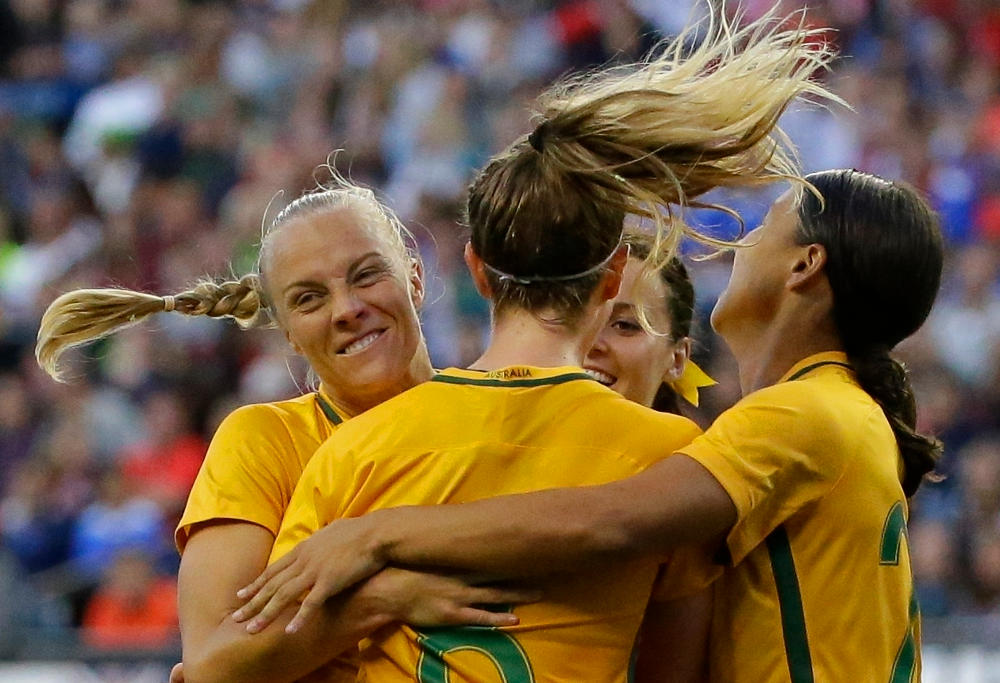 But success did not stop there. The Matildas’ next game was against Japan earlier this week, and they finished with a 4-2 victory partly due to a stunning performance by Sam Kerr.

I would go as far as saying that Sam Kerr is the most in-form footballer in the world at the moment following her first international hat-trick during this game, showing the world how good she is at backflipping.

While this hat-trick has football fans all over the world talking about Kerr, it’s simply the continuation of what has been a tremendous year for her. Kerr is currently playing for Sky Blue FC in the National Women’s Soccer League and in 15 games has already scored 11 goals and had three assists. This puts her second for goals scored in the National Women’s Soccer League, behind Megan Rapinoe.

My favourite performance of hers so far this year was in the Sky Blue FC match against FC Kansas City last month. Kerr scored three goals in the last 12 minutes to help lead her team to a 3-2 victory after trailing 0-2.

While preparation for the Asia Cup and the World Cup is ongoing you’ll recall that Australia is making a bid to host the 2023 Women’s World Cup.

With each victory, particularly overseas, Australia’s case to host the tournament strengthens, with increased interest in Australian football from people all over the world.

This week the Matildas also attended a function in Los Angeles with diplomats and consulate officials. This is the first such function since the bid was announced, and with the Matildas so dominant up until this point in the Tournament of Nations I expect there will be plenty of people in the room wanting to meet women like Sam Kerr, Tameka Butt, Lydia Williams and Allana Kennedy.

The Matildas’ next game is this morning, 4 August, at 9:15am AEST against Brazil. Make sure you tune in to Fox Sports to see if the Matildas can make it a clean sweep at this tournament. 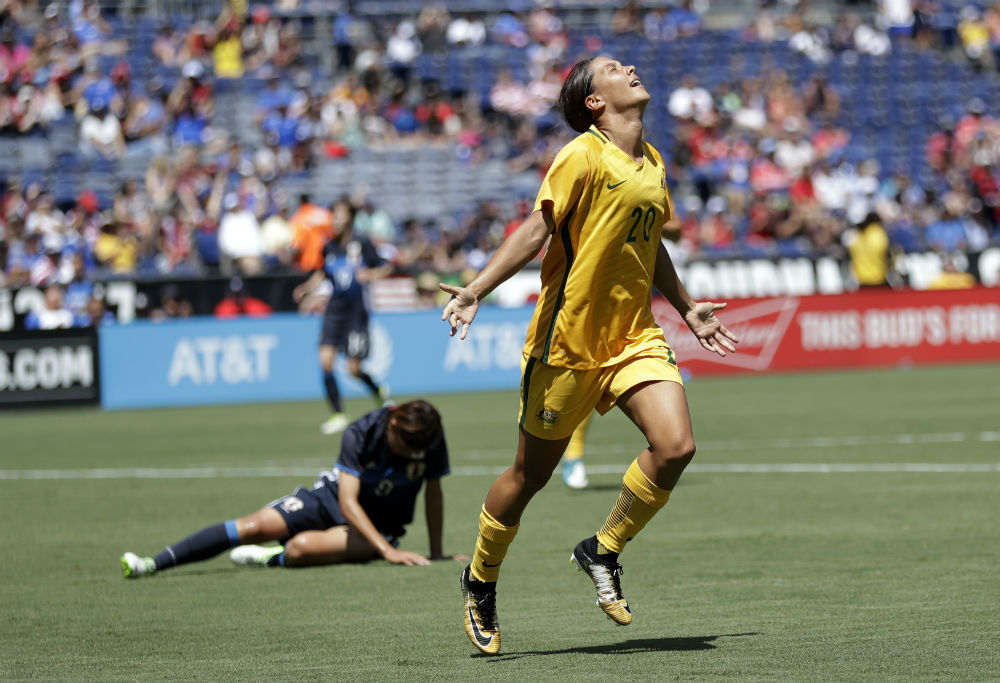 Rugby union
While Australia is set to welcome back the Matildas at the end of this week following their participation in the Tournament of Nations, we also bade farewell to another one of our teams this week when the Australian Wallaroos departed for Ireland ahead of the Women’s Rugby World Cup later this month.

While plenty of Australians have been used to Australian rugby teams heading into world tournaments as favourites in the past, there’s no doubt that Wallaroos head into this tournament as underdogs.

It’s unsurprising considering the little media attention women’s XV rugby has had compared to other forms of the game in the past couple of years. Up until last year I didn’t even know the Wallaroos existed.

Credit where credit is due, though. The Wallaroos head into this World Cup better prepared than they have ever been, with the team travelling to New Zealand earlier this year to compete in the Tri Nations Tournament and also having camp late last month ahead of their World Cup campaign.

The Wallaroos squad comprises 28 women, but only three of them are paid professional athletes as part of the Women’s Sevens program. The other 25 women have had to take time away from work, study and family to represent their country. The ARU does pay for the cost of the entire tour, but the athletes will not be paid match fees.

Consistent with the experience of most female athletes, though, these women are not doing it for money – they do it because they love their sport. While this is commendable and will go a long way to supporting the next generation of Wallaroos, if Australia wants to compete internationally against some of the other rugby powerhouses, pay needs to be considered, as do competitions to give women the opportunity to play the XV format of the game.

I would also like to mention one other woman who may not be part of the playing group but who is certainly considered to be part of the Wallaroos family: Josephine Sukkar, who has been a longtime advocate of women and in particular women in rugby.

Josephine and her company Buildcorp will also give each of the Wallaroos $1000 to help with some of the costs associated with the tour. This is in addition to the $200,000 donated by Josephine to the ARU from the Australian Rugby Foundation to help boost the women’s game.

The first Wallaroos game will be against Ireland on Tuesday. This is a team that really needs support, so I encourage all of you to follow the team’s progress during the World Cup.