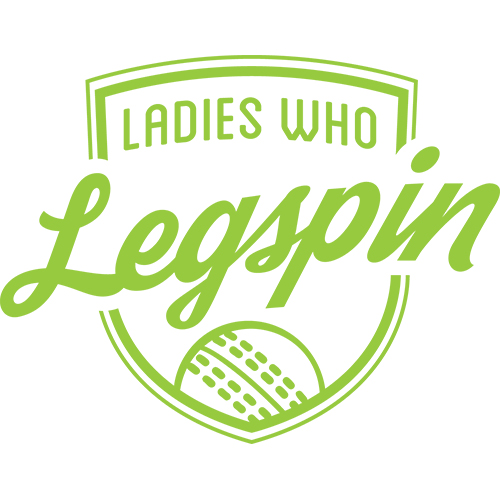 For as long as she can remember, Kate Peterson has been a competitive person.

“When I was young, I remember playing sport in the backyard with my two sisters and I was competitive even with them too,” said Peterson.

“It probably also comes a bit from my parents too, they both grew up playing cricket.”

During a time when very few people knew that women could play cricket, Peterson had two positive role models in her mum and dad, who both pursued and loved playing cricket.

Perhaps that influenced Peterson’s decision to eventually take up cricket as a sport.

Her parents were also completely supportive of Peterson and her sporting goals, whether it was driving her to training or sitting on the boundary all day watching her play cricket.

But cricket isn’t the only sport that she has excelled at.

“Javelin quickly became my favourite sport and I was really disappointed that we only got to do it once every four weeks,” said Peterson.

“I picked it up from then and never looked back, I enjoyed it so much and put so much time and effort into it.”

What Peterson loves so much about javelin links to her competitive nature.

“With javelin, even when you aren’t in a competitive environment, you are always competing against yourself to throw that little bit further.

“I enjoy pushing myself for those small wins. I like that you need to keep improving against yourself to keep getting better.”

At the same time as Peterson was developing in javelin, she continued to love playing cricket.

Peterson is part of the generation where women’s cricket started becoming visible, which meant that she had visible role models growing up.

“I remember going to watch the WBBL games and hanging around for autographs and photos afterward,” said Peterson.

“Now to be playing with some of those people, I didn’t expect it to ever happen.” 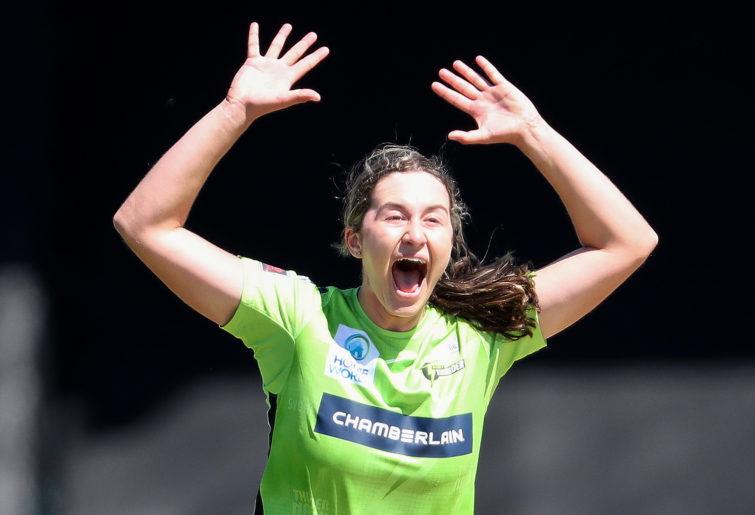 But it did. Peterson signed her first WBBL contract with the Sydney Thunder in 2019 and was the second graduate of the Thunder WBBL academy. She was also awarded her first Basil Sellers Scholarship in August 2020.

As someone who also grew up in Western Sydney, Peterson is really proud to be able to be part of the Sydney Thunder and her area.

“The club means so much to me and I have always had a really positive experience with the club both on and off the field,” said Peterson.

“It’s just such a great environment here, we all have fun together, everyone is always up and about and that’s on the field and off it too.

“To play for the area that I grew up in and represent Western Sydney is pretty special.”

Despite the challenges associated with WBBL07 due to the ongoing impact of the pandemic, it will certainly be a season that Peterson won’t forget.

Last Tuesday Peterson was named in the starting line-up for the Thunder’s game against the Melbourne Stars. Peterson came in for Sammy-Jo Johnson, who missed the match after she had “an ol’ gal’s tight hip” in her own words.

While Peterson has played for the Thunder before, this was her first opportunity to bowl, rather than just field.

For Peterson, this opportunity was the result of plenty of hard work, which has also seen her relocate to South Australia this year to play WNCL with the Scorpions in the hope of improving her cricket and getting more opportunity to develop.

“Even though I have had to move away from home, I’ve enjoyed it,” said Peterson.

“It has forced me to grow up quite a bit and be more independent, but it has helped that everyone over in South Australia has been really supportive and very welcoming.

“They are a very tight-knit group and everyone gets along really well.”

Being given the opportunity to play for the Thunder means Peterson is even more confident in her commitment to her cricket, particularly the desire to be a full-time professional player.

“At the moment my focus is to keep going the way I am going and to give as much as I can for the team,” said Peterson.

“I don’t know how many opportunities I will get for the Thunder this year, but every time I get the chance I will make the most of it and show how hard I have worked.

“This opportunity has been a long time coming, but it shows that moving away from home and all that extra training has been for a reason.”