This article was first written for Siren Sport.

Just look at the Victorian team who are currently undefeated and sitting on top of the WNCL ladder with just two more games for the team to play before the Final on March 27. Out of the squad named to play the Queensland Fire last Friday, seven players are either currently part of the Aussie squad or have been part of that squad in the past.

But the Aussie women aren’t the only international talent in this squad. Irish international Kim Garth is also part of this squad after being awarded a 2 year contract with Cricket Victoria in early 2020.

For Garth, who has signalled her intention to play cricket ‘as a living’ this news came during what became quite a challenging time.

“It was around this time last year that I was meant to fly home after the grade season, but then I found out that I had a contract with Victoria which was super exciting,” said Garth.

“After staying put, the borders closed and I found out that I couldn’t go home to see my family.

“I had mixed emotions because there was the joy of getting that contract, whilst at the same time knowing that I wouldn’t be able to see my family for quite some time.”

Garth’s decision to remain in Australia and play for Victoria has meant that she has left the Irish women’s team for the time being. This was a tough decision, but one which Garth ultimately had to make if she wanted to play cricket professionally.

“I had to be selfish and take ownership of what I wanted. If that meant not playing cricket for Ireland and leaving my family and friends behind then so be it.

“I don’t want to look back on my career with any regrets. If it doesn’t work out for me here, there is no reason why I can’t go back and play for Ireland if they will have me.”

Despite a recognition by Garth that the professionalisation of the women’s game is strides ahead here in Australia, it’s also important to recognise the work that Cricket Ireland has done in recent years to support their female athletes.

Cricket is not a mainstream sport in Ireland. Despite that, in 2019 a decision was made to announce six part-time player contracts for female cricketers. At the time, that made cricket one of the few sports in Ireland to have professionally contracted female players.

For Garth, this was an important step in the right direction, particularly if Ireland want to qualify for the ICC Women’s Championship in the short-term.

“It was the first time women had ever been paid money to play cricket,” said Garth.

Prior to this announcement, just like many other female athletes, the Irish cricketers were getting very good at juggling and making tremendous sacrifices to play the sport that they loved.

“Previously women had to take their annual leave to go on tour which is a really big ask,” said Garth.

“It also meant that Ireland rarely had its strongest side available to play because not everyone could get the time off work.”

One of the other challenges that Ireland faces is the small player pool. This is in sharp contrast to Australia where this year’s WNCL competition has demonstrated the depth across the board.

The NSW Breakers have traditionally dominated this competition, with 20 titles to the squad’s name. However, the Breakers currently sit third on the ladder behind Tasmania and Victoria. Particularly for Tasmania, who have traditionally sat towards the bottom of the ladder, this signifies how quickly the women’s game is developing and how spread out the talent is.

For Garth, each day is almost like a ‘pinch me’ moment.

“Part of the reason I decided to come over here was not just to play cricket for a living, but also to play alongside the best in the world,” said Garth.

She certainly has that opportunity with her current team which features the likes of Meg Lanning, Ellyse Perry, Elyse Villani, Georgia Wareham and Molly Strano.

“Whenever I go into the nets and bowl to Meg or Ellyse, I learn something. Even if I am just watching them play, I learn so much from being around them,” said Garth.

“I can’t believe we only have two games left.

“It’s hard not to enjoy playing cricket when you are playing in a team like the one I’m playing in. At the moment, I’m just having a lot of fun and enjoying my time out here.” 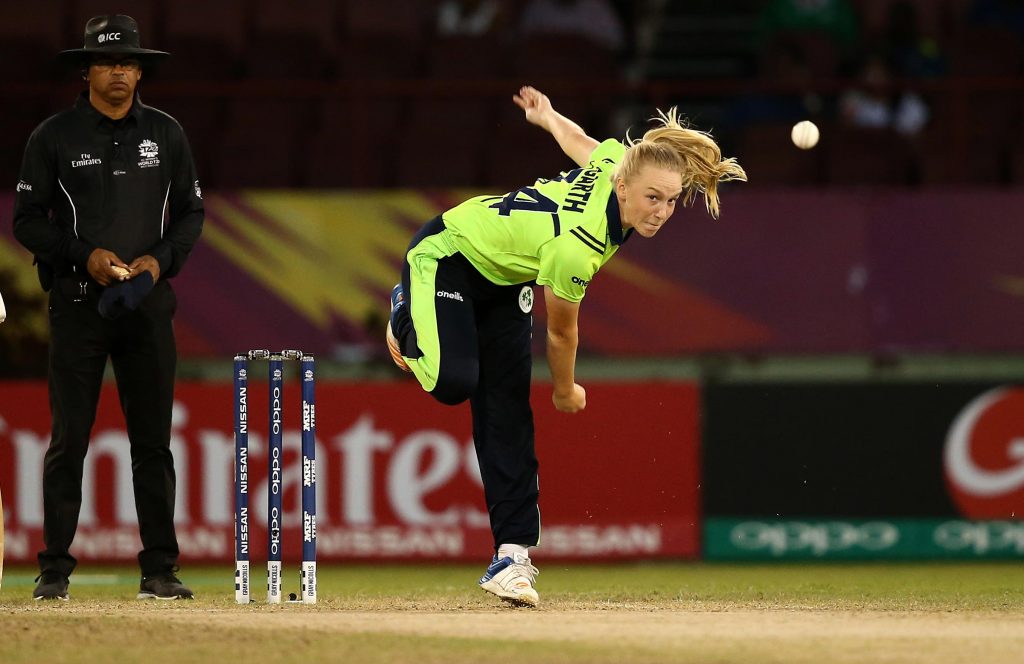