Living in Australia over the last couple of years has taught me that we, as a country, still have a lot of learning to do when it comes to the history of our country and the culture and traditions of Indigenous Australians.

Sport is extremely powerful and rugby league in particular has demonstrated its capacity to be part of that education in recent years.

There have been powerful examples including the discourse around the words in the Australian national anthem and the NRL’s pledging of support to the Uluru Statement From the Heart, which is focused on enshrining a First Nations voice in the constitution through substantive constitutional change and reform.

This capacity to advocate and drive change is just one of the reasons why NRL Indigenous and Maori All Stars week is so critically important.

But while it’s an important opportunity to educate rugby league fans about the traditions that mean so much to our Indigenous and Maori players, fans aren’t the only ones being educated – it’s the players too.

Page McGregor and her sister Raecene were both born in Australia not long after their parents Glenys and Travis migrated from New Zealand. Growing up in Australia, Page and Rae didn’t get much opportunity to connect with their Maori heritage.

“We don’t know too much about the cultural side of things,” Page says.

“That’s why it is so good that I have had the chance to come into the squad and learn about my heritage. I didn’t get that same chance at home because we didn’t really speak Maori.

“It has been a great opportunity to learn about the culture, understand the significance of the haka and try to begin to speak the language.” 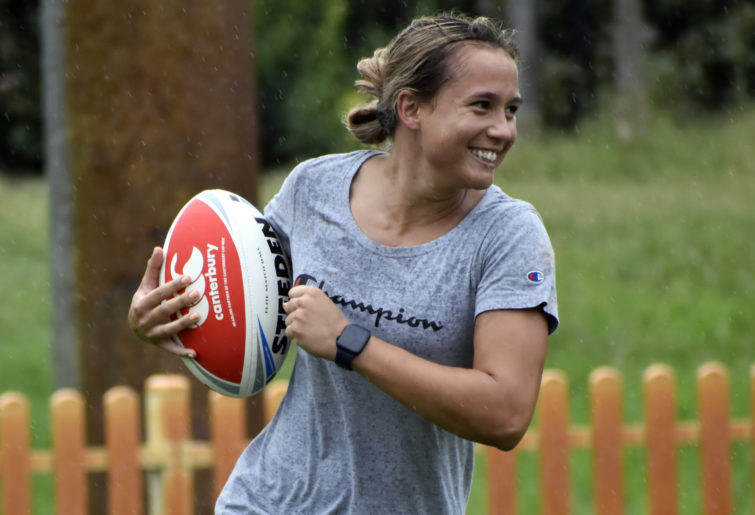 (Stephanie Spooner, Shots on Me Photography)

The All Stars concept is one which is truly unique. While the games themselves are always a thrilling contest, during the week there is plenty of time for the players to train and to get to know each other, but there is also significant emphasis on culture as well as sharing culture between the two groups with the Indigenous women performing a smoking ceremony for the Maori women earlier in the week.

“This camp has been a challenge for me,” McGregor says.

“I’m feeling really comfortable with the footy side of things, but because there is such an emphasis on culture, I feel like I’m being pushed outside my comfort zone.”

When McGregor talks about a challenge, she certainly means the haka, which the Maori women will perform before their game against the Indigenous women.

“We did a workshop this week that was all about the haka and breaking it down,” McGregor says.

“There are some women here who are very familiar with Maori culture and so it has been great to listen and learn from them.

“But even though it’s a challenge, this is something that I want to do. This is about me and my heritage.”

Unfortunately, due to the pandemic, this year the All Stars week has not featured any men or women from New Zealand. This has given an opportunity to several new players to come into camp for the first time, but for McGregor and her teammates, the players in New Zealand are still having an influence on the team. 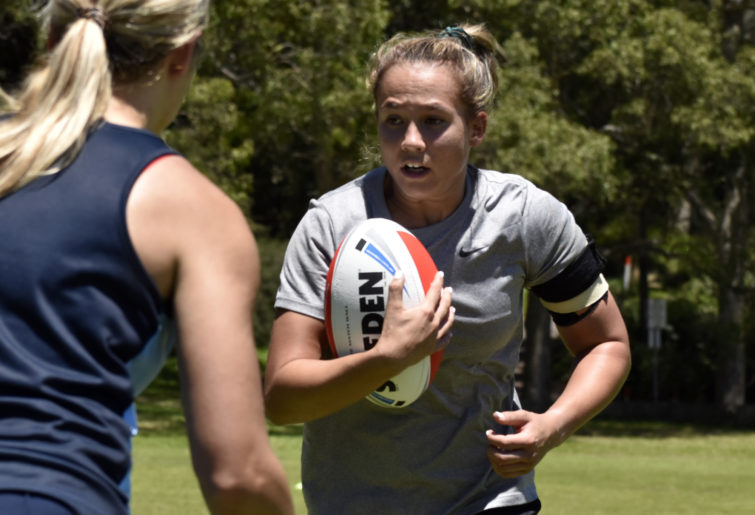 (Stephanie Spooner, Shots on Me Photography)

“We’re working really hard on our footy, but because none of the women from New Zealand have come over this really is more of a New South Wales and Queensland based squad,” McGregor says.

“We really want to show those women the effort we are putting into not just our footy, but also into the haka.

“We want to show them why we are here and why we got picked for the team.”

For McGregor, there is added excitement about taking the field this weekend. It is the first time in almost three years that Page and Rae have played rugby league together.

For the last three years, Page has been part of the Australian women’s sevens set-up and has only recently returned to rugby league. She will be playing for the Wests Tigers in this year’s New South Wales women’s premiership. This camp has given her the chance not only to play alongside her sister again, but to learn from her too.

This weekend will also be the first time that Page has played since returning from a shoulder injury that has kept her on the sidelines for almost 16 months.

“This is my culture and I have never had this chance before. Playing for Australia as part of the sevens set-up was completely different.

“I want to make my family proud and everyone back home proud too.

“When I get home, I know I’ll be able to teach my parents a thing or two and hopefully over the years I’ll continue to grow and to learn.”