Last month I predicted my top eight for the season ahead – a bold move before the season has even started, which no doubt will come back to bite me.

There seems to be consensus among about a couple of teams making the top eight, including the Sydney Roosters and Melbourne Storm.

As always, the positions hardest to pick were seventh and eighth, with options including the Brisbane Broncos, Newcastle Knights, Wests Tigers and Cronulla Sharks.

But the one team I didn’t include in my top eight, who many fans think will reverse their fortunes after missing the finals for the last two years, is North Queensland.

On paper, the Cowboys are easily one of the most talented teams in the competition – it wouldn’t be too far a stretch to see them in the top four come September.

Jason Taumalolo is only a couple of years into a massive ten-year deal and shows no signs of slowing down, John Asiata is an exciting player who has shown his ball-playing skills on multiple occasions, and Kyle Feldt is one of the best finishers in the game.

I haven’t even mentioned Valentine Holmes yet. Some are sceptical as to whether Holmes will have the same impact he had before taking a hiatus to play NFL, likening the situation to the Jarryd Hayne experiment, which failed when Hayne returned to rugby league to play for the Gold Coast Titans.

One of the key differences between Holmes and Hayne is that the latter returned midway through the season, while Holmes has had the benefit of a full pre-season. What’s more, his form during the trials suggests he is fit and in a strong position to have a year similar to 2018, when he was a stand out for the Queensland Maroons in three State of Origins. 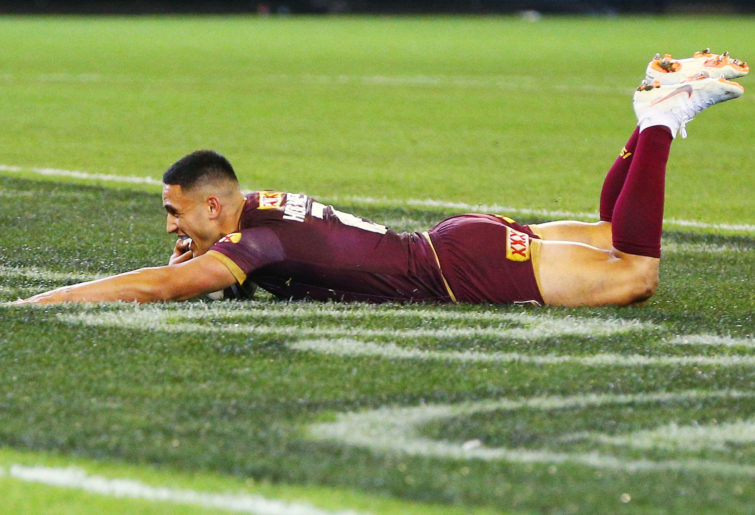 Then there’s what we’ve seen in the preseason.

While I don’t take too much away from the Nines or trials, it would be hard not to get excited about the Cowboys following what we saw in Perth – particularly the pace of Hamiso Tabuai-Fidow, who scored four tries during the tournament.

Scott Drinkwater had five try assists and three tries across the two days, while Taumalolo and Coen Hess both made seven tackle breaks, which was immense.

Despite all that, I have reservations.

Even with all this talent on the field, if North Queensland are going to make the finals, the big change that needs to take place is the way Paul Green coaches.

We became accustomed to boring football in 2019. They were slow and predictable and must hold the record for block plays in a season.

If Green approaches 2020 in the same way, Cowboys fans will be staring down the barrel of disappointment.

And what a shame that would be, given they have one of the most dynamic spines in the competition, featuring the likes of Michael Morgan, Holmes and either Jake Clifford or Scott Drinkwater.

For this combination to shine, they need to play free-flowing rugby league – like the squad did at the Nines. 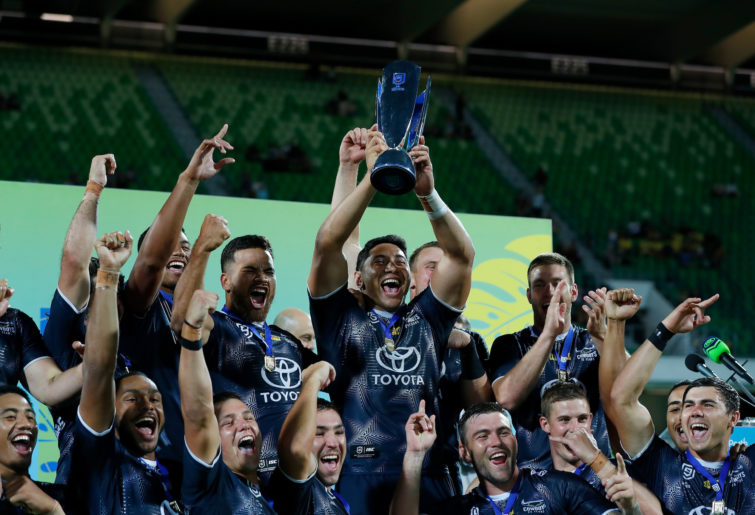 The other challenge the coach had last year was sticking with some of his older players at the expense of young talent coming through.

To be fair, Gideon Gela-Mosby and Javid Bowen certainly didn’t live up to expectations. But if Green persists with Justin O’Neill instead of giving the likes of Murray Taulagi an opportunity, he risks losing his young talent. I’ve already mentioned Tabuai-Fidow, who I hope will be upgraded from a development contract during this season.

The Cowboys have all the ingredients to be one of the most exciting teams in the competition, but premierships aren’t won on paper, so I’m still backing them to miss out.

But North Queensland fans, I invite you to bookmark this article and remind me of this prediction at the end of the year.

I hope I’m wrong and that the new stadium creates a fortress for supporters to enjoy.

If I’m right though, that means the end of Paul Green, who needs his team to make the top eight if he is to continue as coach.