Last week the eight teams which will contest the 2021 Women’s Rugby League World Cup in England were announced, and it’s fair to say there were some surprises.

With an additional two spots up for grabs this time around due to expansion of the tournament (only six teams contesting the last women’s RLWC held in Sydney in 2017) there was plenty of conjecture about which teams would be selected, especially given the pace at which women’s rugby league is growing around the world.

There were plenty of countries in the mix where women’s rugby league is finally beginning to get some traction including Samoa, Fiji and even the United States.

The six teams that contested the 2017 women’s RLWC will all be there again in 2021: Australia (the reigning champions), England, the Cook Islands, New Zealand, Papua New Guinea and Canada.

The two new inclusions are France and Brazil.

I’ve been following women’s rugby league for quite some time now and Brazil was certainly a surprising inclusion.

In response to the selection, Australian Jillaroos coach Brad Donald said: “we were doing our homework really quickly the other morning [when the teams were announced] trying to work out how good are this team? We haven’t heard much about them yet”.

But judging by the talent which features in the Brazilian squad, no doubt we will all be hearing plenty more about them in the next two years.

The Brazilian team beat Argentina 48-0 in Sao Paulo last November. In that squad were six members of Brazil’s rugby sevens team which competed at Rio in the 2016 Olympics.

This is a part of the world where interest in rugby league has peaked following the televising of the NRL, so it is a continent with huge potential for growth. 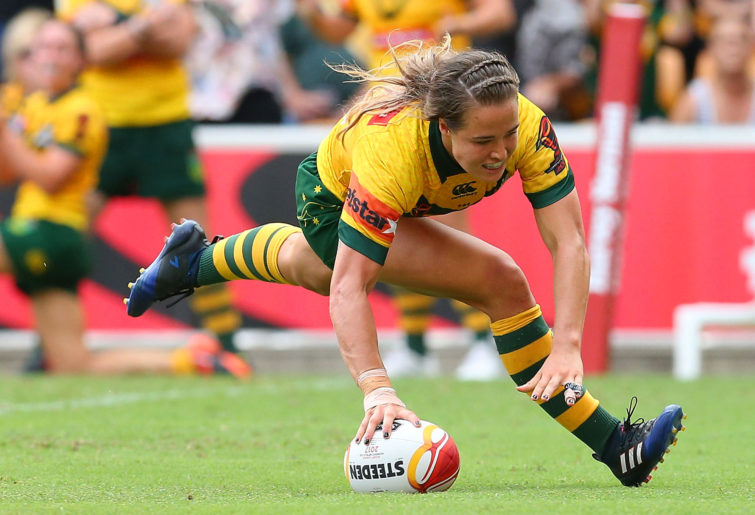 However, with Brazil’s inclusion that meant that other teams missed out on that coveted eighth spot and here will no doubt be disappointment for those teams that missed out including Fiji, Samoa, Tonga, Italy and the USA.

Members of the Fijian team in particular have been quite vocal in their disappointment after many expressed their desire to play in the 2021 RLWC following their first Test match.

The Fiji Bulikula competed in their first Test last month and beat the Papua New Guinea Orchids 28-0 at Leichhardt Oval. Many players that featured in that team also play rugby sevens and are hoping to be selected in the Fijian team which will compete in Tokyo.

Also part of that squad is Canecia Sims – sister to Ashton, Ruan, Korbin and Tariq.

Undoubtedly it would be have been disappointing for Fiji to miss out, particularly considering PNG were selected.

There is very little public information about how teams make it to the World Cup. What we know is that teams that wanted to compete had to submit an application approximately six months ago (even Australia as the reigning champions had to do that). But how the teams are selected is still a mystery.

In the last RLWC it was a big deal for Papua New Guinea to be competing and it was widely discussed at that time how important it was for the country to continue on its women’s rugby league journey. 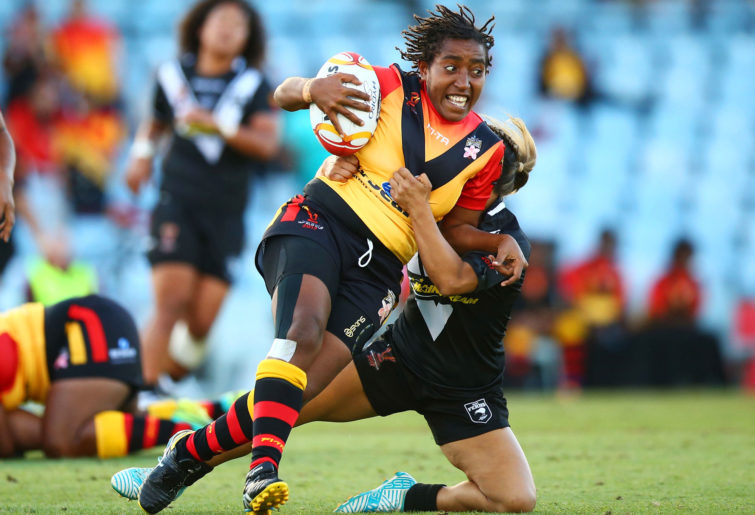 Rugby league is the national sport in Papua New Guinea so to see women on the world stage being physical, strong and confident was a very big deal (particular considering the very high incidence of domestic and sexual violence in the country).

But how much weight should these social considerations have? Particularly when there may be some teams who have been left out which are better at the game of rugby league?

The Fijian coach Adrian Vowles took to Twitter to voice his disappointment after the announcement and tweeted “you are f—ing kidding me”. He’s not the only person who expressed disappointment. Former NRL player Dean Widders also questioned the decision:

“I was shocked. I was disappointed for Fiji. To win 28-0 against Papua New Guinea and the talent that I see among the young Fijian girls in the Tarsha Gale competition, they are going to be a powerhouse in the next two years. I thought they should have been there.”

“The Pacific nations made the men’s tournament the last time it was played. I thought to try and draw some of that excitement to women’s rugby league is probably where we’re at.”

Vowles is set to launch an appeal about the decision and given that the tournament is still over two years away, his view is that there is still time for the decision to be overturned.

For the countries that have missed out, they still have the opportunity to play in the women’s Emerging Nations World Cup which will be played as part of the Festival of World Cups in 2021.

But despite some teams missing out, the positive is how quickly rugby league is growing.

Certainly with all these nations in the mix and plenty more beginning their rugby league journey (like Greece) there will be more opportunities for more expanded tournaments in the years to come.