Rugby league in crisis’ is a catchphrase footy fans are used to.

Rugby league is not in crisis.

In fact, it is thriving.

Last week, after a self-imposed hiatus on Twitter, Peter Beattie came back to social media to tweet some figures about the first seven rounds of the season.

And there was plenty of good news to share.

On the field, there have been 300 fewer penalties compared to the same point in 2018. The on-field adjustments that have been made to the game have led to ball-in-play time increasing by an average of one minutes and 45 seconds per match. If you tally that up, that equals almost 100 more minutes of extra play for fans to enjoy.

Off the field, the impact has also been significant. Compared to the same point in the season last year, total free-to-air television audiences have increased by more than four per cent. National total subscription viewership has increased by three per cent.

Many fans wondered what impact the off-season from hell would have on the 2019 season. If you look at the figures reported by Beattie last week, it appears that they have had very little impact.

In fact, across all key metrics, there has been an improvement.

Of course, this doesn’t consider what impact the off-season had on people that the game is trying to attract as opposed to the rusted-on fans.

But one of the biggest differences that I have noticed this season is that for the first time in a long time, the media actually seem to be on rugby league’s side.

Think of some of the stories that came out last year. Phil Rothfield tweeted that ‘rugby league is now a shit game’, , questioning his love for it.

Todd Greenberg made a direction to the referees at the start of the year to be more strict in the way they applied the rules. This led to an increase in the number of penalties being blown, but most fans were supportive of the change given it forced teams to actually play by the rules.questioning his love for it.

But there were sections of the media that went so hard against these changes that Greenberg backflipped through the year and seemed to give in to those making the most noise.

But over the last couple of months, we’ve certainly seen a shift in the way the rugby league media report on issues – and it’s for the better.

Brad Fittler and his approach to the media during the NSW Blues camp last season certainly changed things during State of Origin and seemed to have no negative impact on the team’s performance. 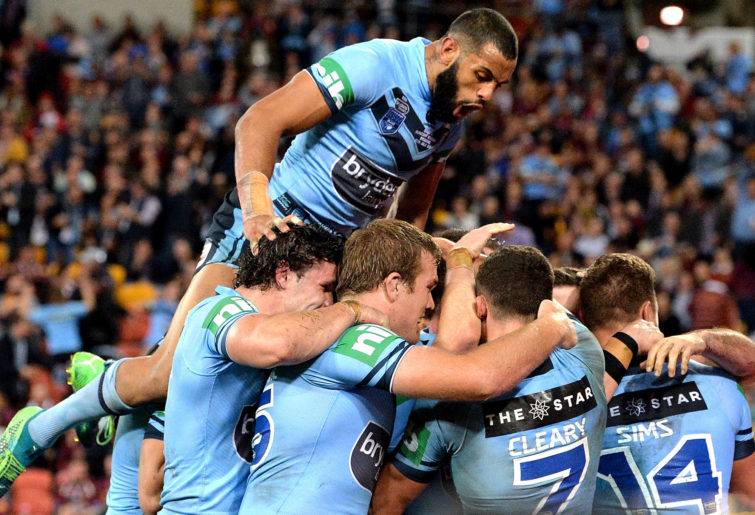 Open media access led to some great stories being produced about some of the players including Josh Ado-Carr and James Roberts.

This year we’ve seen pieces about many players, too, including Braidon Burns and David Klemmer. The rugby league public loved these stories.

On top of these deeper stories about our players, we’ve seen footy fans begin to push back against the media in certain circumstances, particularly when they seem to be attacking the game.

When The Daily Telegraph published photos of some of the Canterbury Bulldogs squad taken by long-lens cameras last Mad Monday, the fans were critical of an approach that seemed to have the goal of hanging the players out to dry.

In circumstances where the media often question the access they get to players, situations like that demonstrate why the players and the media can have such a challenging relationship.

We saw similar pushback this year when Phil Gould was made redundant at the Penrith Panthers and Fox League shared an article highly critical of Gould and the impact that he had on the club.

Love him or hate him, rugby league fans rallied against this article in defence of Gould and against such blatant negative reporting.

Perhaps some of the media are beginning to get the message.

Last week we saw Phil Rothfield tweet that he had fallen back in love with rugby league.

Some took a cynical approach to this and questioned whether it was in response to new figures released which showed that the Sydney Morning Herald had beaten News Corp, reaching 7.49 million people this month – three million clear of their nearest rivals.

Whether Buzz has done it for the right reasons or not, it’s refreshing to see us focusing on the footy, which has been exceptional this year.

We saw a couple of cracking games this weekend and very entertaining tries scored across the board.

There’s so much in rugby league to celebrate, imagine how much more successful the game would be if we spent more time celebrating it.