It has been short, but sweet.

This weekend marks the conclusion of the regular round of the inaugural NRL Women’s Premiership.

By Sunday evening, each team will have played each other once and we will know which two sides will progress to the grand final which will be played as a tripleheader on 30 September 2018 alongside the NRL State Championship and the men’s NRL Grand Final.

The women’s competition promises to finish with a bang.

At the moment, the Brisbane Broncos are the only team guaranteed a grand final berth. They are certainly the team to beat at the moment, having won both their initial games – beating the St George Illawarra Dragons, 30-24, in Round 1 and then the Sydney Roosters in Round 2 by a score of 14-4.

As for who will face the Broncos, that spot is very much up for grabs.

Before the two games last weekend, most people assumed that the New Zealand Warriors would beat the Dragons and book their place in the grand final alongside the Broncos.

However, the Dragons shocking upset victory over the Warriors by 22-10 now means that any one of the other three teams could snare that final spot.

Let’s talk through the scenarios.

On Friday night at AAMI Park, prior to the men’s game between the Melbourne Storm and the Cronulla Sharks, the Broncos will take on the Warriors in the NRLW.

On Saturday, prior to the men’s game between the South Sydney Rabbitohs and Roosters, the Roosters will play the Dragons in the NRLW.

If New Zealand win that first game, then the Roosters will be unable to make the grand final (the Roosters are currently the only team yet to register a win). Then, the only two teams in contention still will be the Warriors and the Dragons.

Should the Broncos win that first game, then it will all come down to the final game.

If the Warriors have beaten the Broncos in the first game and then the Dragons beat the Roosters in the final game, then who progresses will be determined by for and against.

Whoever has the better for and against out of the Dragons and the Warriors will play in the grand final.

Should the Broncos have beaten the Warriors, and the Roosters beat the Dragons, then it will also come down to for and against between the three teams.

My big prediction is that at the end of the competition each team (other than the Broncos) will finish with one win each and who progresses will be determined based on for and against. 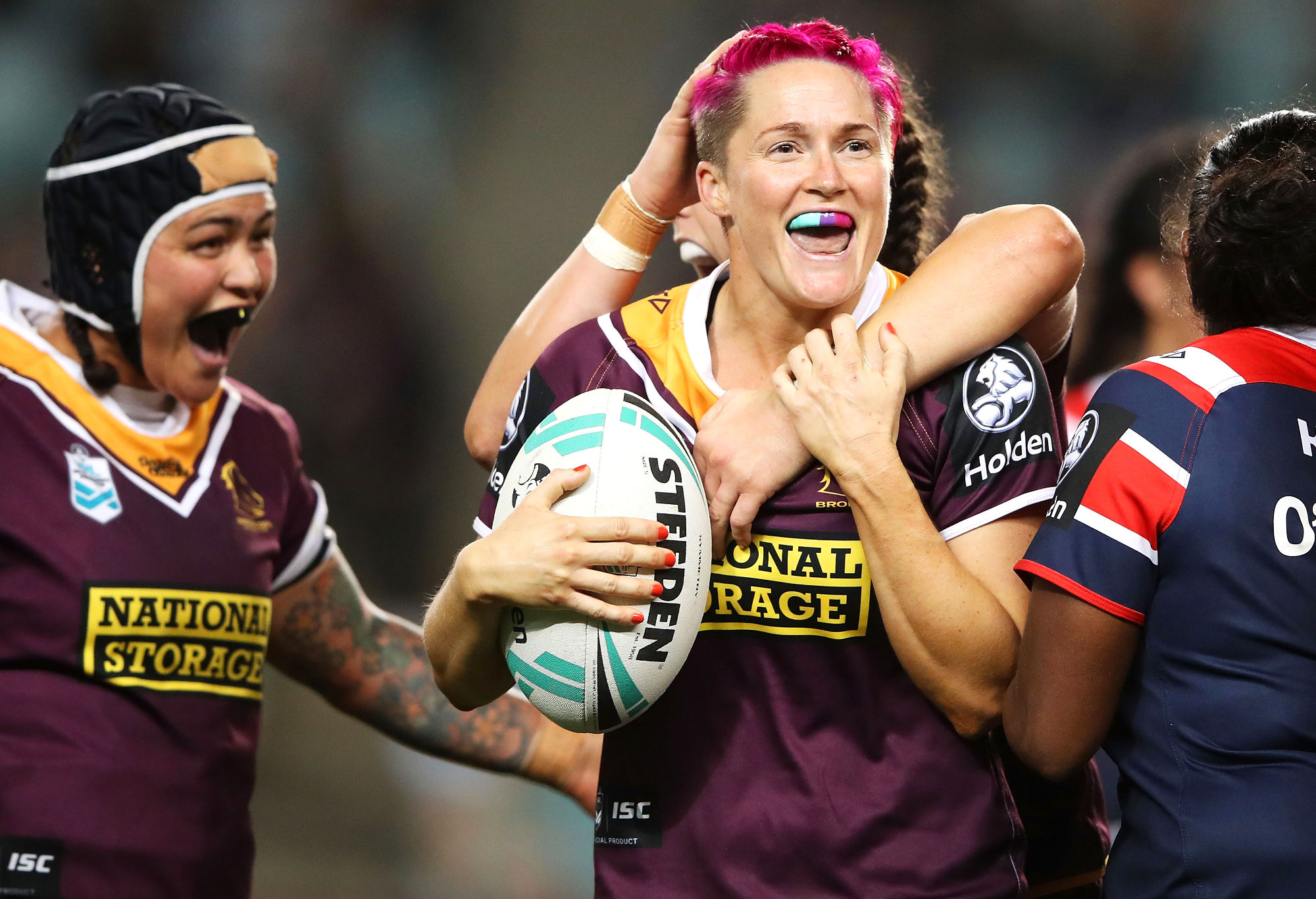 It seems like the most fitting end to a competition which I’ve been impressed with – both in terms of quality of play and also levels of fan interest.

There have been some standout players who will likely dominate in Round 3 yet again.

For the Brisbane Broncos, it’s hard to pick only one player. Consider Chelsea Baker who scored two tries, bagged five goals and ran 165 metres in Round 1.

And Brittany Breayley, who in that same game, made the most tackles on the field (29) and also set up two tries. But for mine, the stand out player has been Ali Brigginshaw – their captain.

In Round 1, Brigginshaw scored a try, set up two tries and ran for 105 metres.

In Round 2, she scored the Broncos first try and showed her class as a running halfback.

She also put plenty of pressure on the Roosters to get out of their own half, kicking for 188 metres.

Brigginshaw is clearly relishing her role as captain at the Broncos and will no doubt be raring to lead her team into the grand final next Sunday.

What about for the Dragons?

Many have been impressed with the efforts of Jessica Sergis in Round 2 and for good reason.

In the Dragons win against the Warriors, Jess was potent in attack and defence. In defence, she made two try-saving cover tackles. In attack, she ran 108 metres and also scored a try.

Her partner is Zac Lomax who plays for the Dragons men’s team. At least one of them got a victory on the weekend.

Plenty of people have been talking up Isabelle Kelly (and rightly so), but I have a feeling that we would be talking about Jess in exactly the same way if she hadn’t spent most of the year watching from the sidelines due to injury.

During the opening week, the standout player for the Dragons two weeks has been Kiwi Ferns international, Honey Hireme.

In Round 1, Honey was the only Dragons player to run for more than 100 metres. In that game, she also made 11 tackle breaks.

In their Round 2 win though, Hireme ran 170 metres from ten carries, made four tackle breaks and scored an 80-metre try.

That try is already being called the NRLW try of the year and she is facing some stiff competition from teammate Jess to take out that honour.

For the Roosters, the woman that everyone has been talking about is Isabelle Kelly. In Round 1, she scored the Roosters first try and in Round 2 she made two line breaks, six tackle busts and scored a try. I would be very surprised if she doesn’t score another try this weekend.

Had I been writing this column at the end of Round 1, the standout players would have been one of the couple’s in the NRLW – Laura and Hilda Mariu.

Laura was impressive in the halves, setting up a try and putting a big hit on Isabelle Kelly late in the first half to make sure there was no chance of a Roosters comeback.

Hilda, on the other hand, put her name in the history books by scoring the first ever try in the NRLW – she also did a great job in defence that afternoon on Kelly.

The Warriors will look to these two women, as well as Georgia Hale, to lead the way in their must-win game against the Broncos.

Let the final round begin.