Last weekend as my dad and I drove to ANZ Stadium for the first match in the inaugural NRL Women’s Premiership between the New Zealand Warriors and the Sydney Roosters, there was plenty of emotion.

For so many people last weekend represented a moment in time for our game. It was also the result of many years of trailblazing and hard work from people across the game who are passionate about women’s rugby league.

People that immediately come to mind are former Australian Jillaroos like Katrina Fanning, Tarsha Gale and Karyn Murphy – women who played in an era where it was not uncommon for women to have to sell their cars so they could tour to represent their country.

Or people like Jamie Feeney, Sally Clarke and Brad Donald who work at the NRL and have been instrumental in professionalising the processes around the Jillaroos and the elite women’s pathway.

And then of course, there were the women that took the field last weekend. When they ran out, they ran out for every single man and woman that has pushed, challenged and advocated on behalf of the women’s game to make this competition a reality.

But there were also nerves.

When the AFLW burst onto the scene in 2017, there were scenes. I remember the opening game between Carlton and Collingwood, where AFL CEO Gil McLachlan stood outside Ikon Park apologising to people who would be locked out of the stadium because the crowd was so big.

I had a feeling that the crowd wouldn’t be the same for the opening game of the NRLW. I thought that perhaps for rugby league that moment had been earlier in the year when the inaugural women’s State of Origin took place at North Sydney Oval. 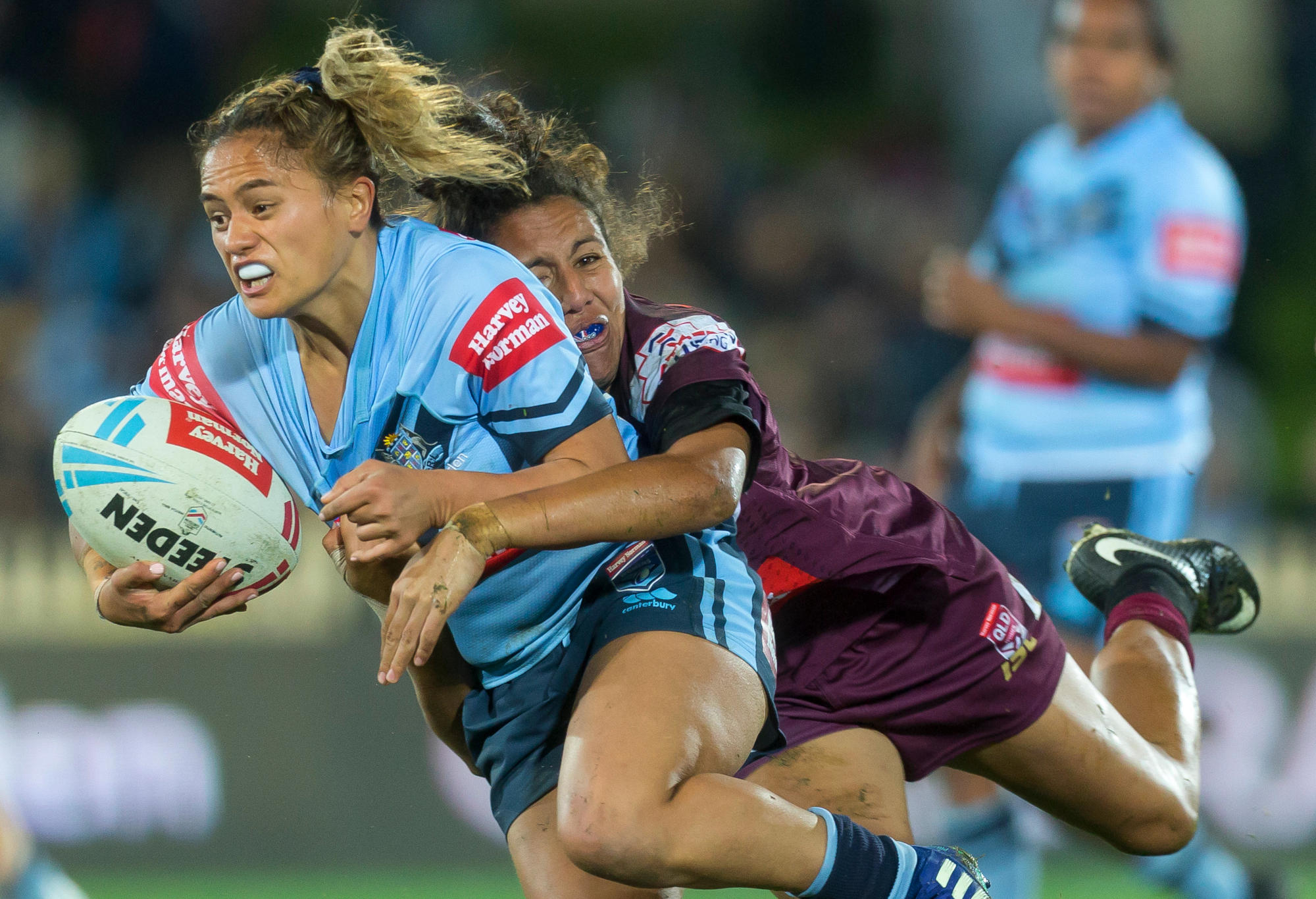 And there were reasons for that. When the NRL made a decision to schedule the NRLW games as double headers with the men’s game, it meant that the draw for the women’s competition was unknown until the week before the competition started and the ladder was finalised. The draw is only released week by week which makes it very hard for people to travel.

Additionally, to watch the women’s games it also means that people need to purchase tickets to the NRL Finals which are probably more expensive than what the tickets would have cost had the competition been stand alone.

There were also additional challenges, with the Sydney Roosters women’s team playing their first game at ANZ Stadium, with the Roosters men due to play at Allianz Stadium that evening at 7.35. This essentially forced Roosters fans to make a decision about which game they were going to attend.

Additionally, the men’s game between the Warriors and the Penrith Panthers had to be the earlier game because swapping that game with the later game would have meant a 9:30 kick off in New Zealand.

Given the game was sudden death for the Warriors, it was also potentially the only chance that fans had to see the Warriors men and the Warriors women play on the same day.

But it turns out I had nothing to worry about.

By the end of the game between the Warriors and the Roosters, there were over 7,000 people in attendance and hundreds of thousands of people watching on television. 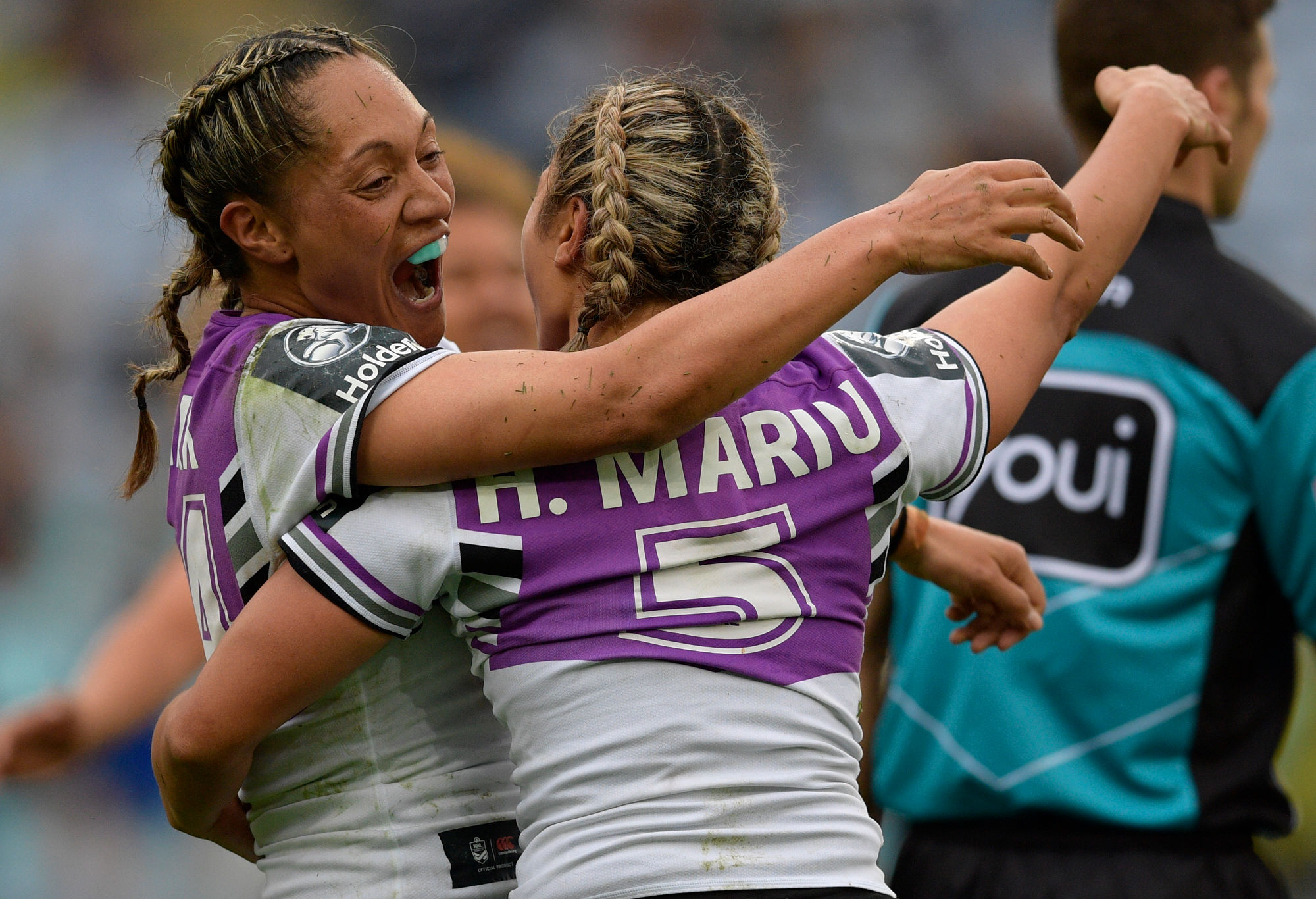 But in all honesty, even if the crowd had remained small, after what I saw on the weekend, I have no doubts about the long term success of the competition.

That’s because we saw some quality rugby league on the weekend and I know that if we have a quality product, the eyes and bums on seats will follow.

I think that was partly because the team is stacked with recognisable names. The Warriors on the other hands is a team made up of 18 women who in the past or currently represent the Kiwi Ferns.

Additionally many of these women play together in the local New Zealand competition together and that certainly showed on the weekend.

There were a couple of moments I’ll never forget including the first try that was scored by Hilda Mariu (interestingly, her wife Laura Mariu also plays in this team), the hit by Netta Nuuausala on Zahara Temara (which was felt the entire way through the Stadium) and also, the impact that Roosters forward Chloe Caldwell had on the game as soon as she took the field.

This weekend the Roosters will play the Brisbane Broncos. Given the competition is so short, for the Roosters to have any hope of featuring in the finals then they must win this weekend.

The Roosters will be boosted by the return of Ruan Sims on the weekend after she was ruled out of Round 1 due to a niggling hamstring injury.

But will it be enough to beat the Broncos, who beat the St George Illawarra Dragons 30-4 on Sunday?

It was a particularly difficult day for the Dragons given that they lost Talesha Quinn and Raecene McGregor before kick-off. But this Dragons team is one that features many women from the local area, so with a bit more time and perhaps in a couple of seasons, the Dragons will have fostered a team of homegrown heroes that will hopefully be more competitive than they were on the weekend.The Broncos certainly cemented themselves as the in-form team in the competition and the experienced halves pairing of Ali Brigginshaw and Kimiora Nati, supported by hooker Brittany Breayley and fullback Chelsea Baker showed far too much attacking prowess for the Dragons to match.

This weekend I’m tipping the Broncos and the Warriors… hopefully one of the Sydney teams can cause an upset.