This article was first written and published for the Roar and was also co-authored by Joseph Sponholz.

In recent weeks, Todd Greenberg has been encouraging the rugby league family to #TalkUpTheGame.

Tired of those that profess to love the game but use their influence to try and hurt the game, Todd has encouraged all of us to be advocates of the game and share stories about the good deeds and characters that often go unnoticed. Trust me, there are plenty.

On the weekend while celebrating the Parramatta Eels’ 44-10 victory over the Manly Sea Eagles the behaviour of one player stood out to me as someone worthy of ‘talking up’.

As I mentioned, the Eels’ first win of the season was a pretty big deal. Scoring 44 points (which is almost as many as the 46 points the Eels had scored in the opening six rounds of the season) brought on joyful cries from the blue and gold army, who have been waiting since the first of September, 2017 to taste victory again.

For that evening, the sheer volume of the blue and gold celebrations drowned out any perpetually negative voices in NRL circles.

It occurred to me during these very noisy celebrations, that there was one man who was strangely quiet. But the silence was not unusual because it is something I have come to expect from this man. Perhaps one of the most inspiring elements of Parramatta’s win on the weekend, was in the silence that evening from one of Parramatta’s co-captains, Tim Mannah.

There’s no denying that it has been a challenging season for the club so far, but Tim’s relative public silence following the win for me, reflects the character of a man I have come to know over the last couple of years. It showed what many who know Tim already knew, that Tim is a great player, a great leader and a great man.

But just don’t ask Tim, because he would never say so. 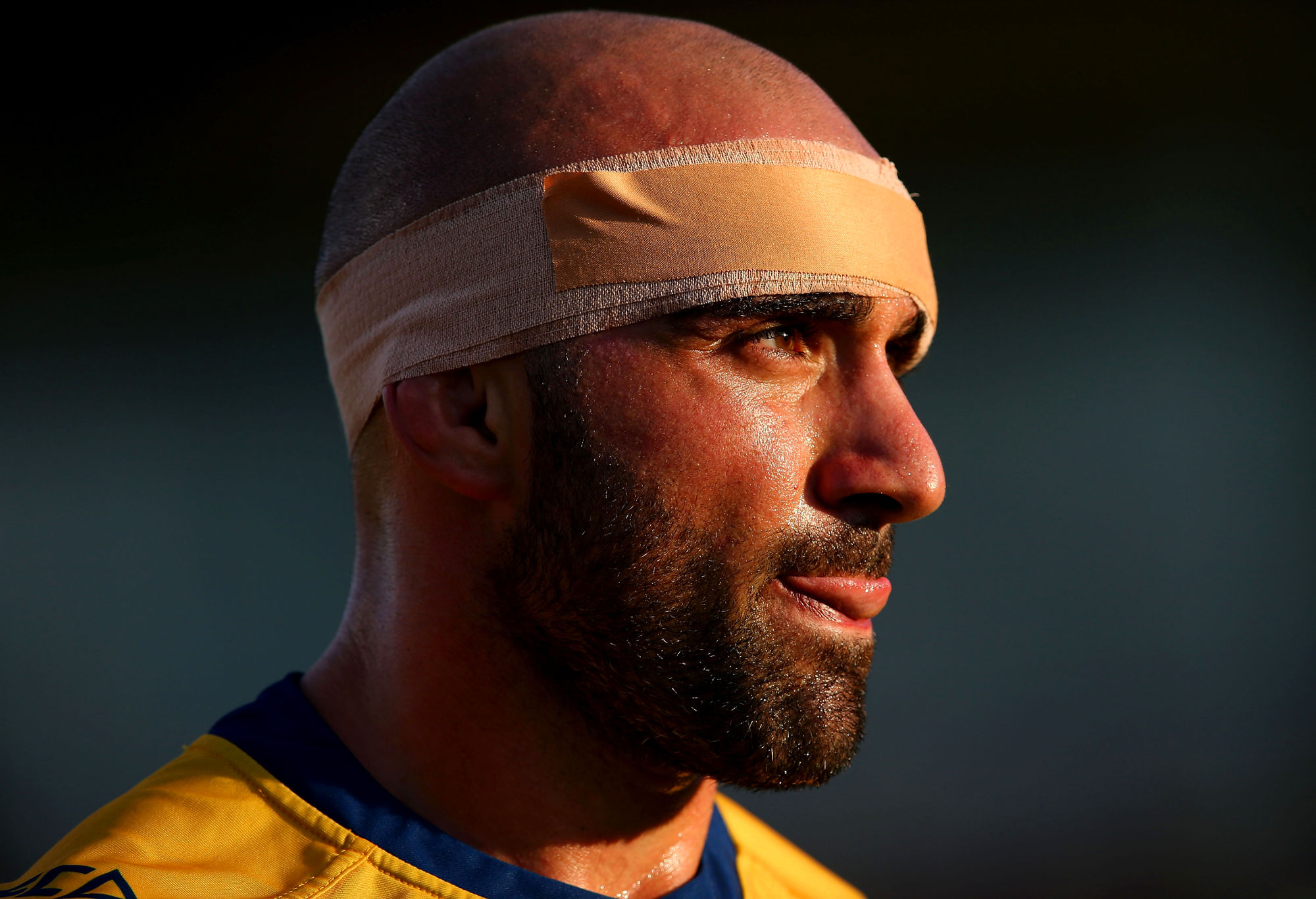 After an 0-6 start to the season, there is always plenty that needs to be said. Some offered solutions (some helpful, others not). Some offered excuses (none of these were useful). Some offered admonitions. But not Tim Mannah.

He sat stoically next to Brad Arthur in press conference after press conference and accepted responsibility. Even the most cynical person could see that Tim was pained by his inability to ‘fix’ the team and was lost in what to do next. But Tim never complained or made excuses. He is not a man that does that.

Last week, there were plenty of changes made by coach Brad Arthur heading into the clash against the Sea Eagles.

The week started with the unanticipated addition of Clint Gutherson to the Parramatta captaincy alongside Tim and Beau Scott.

More than a few commentators raised their eyebrows and wondered whether Clint’s elevation was as much a commentary on Tim and Beau’s inability to help the team find a way out of the slump as it was about the contribution that ‘King Gutho’ makes to the team. But not Tim Mannah.

Those 11,000 who came out to watch Sunday’s game at ANZ Stadium saw Tim give Clint a big ‘ol man hug after Clint led the team out on the field – something Tim has done with tremendous pride for several years.

But the best was saved for last. For those of us who watched the online video of the post-game celebration inside the Parramatta shed, we saw it correctly. That was Tim gleefully shoving cake into Clint’s face to celebrate both his captaincy and the win.

The change to his role as captain was not the only difference for Tim on the weekend. Kick off saw Tim wearing jersey number 10, but starting on the bench as part of Parramatta’s reserves. You don’t see too many 200-game, State of Origin-level front-rowers being moved to the interchange.

Was Brad doubting Tim’s effectiveness? We don’t know because Tim hasn’t spoken about it. Instead, what we saw after the game was Tim busy beating the living daylights out of a poor drinks cooler while singing the Parramatta victory song at the top of his lungs.

As an aside, we recognise that the drinks cooler may not share our opinion of Tim. In fact, we suggest that since there are (hopefully) going to be more Parramatta wins, portable refrigeration devices throughout Australia should actively seek shelter from Mannah.

It’s not all about this weekend either. Remember that scandalous story about Tim that hit all the papers? No? Well, you’re excused, because it never happened. Instead, when Tim had a day off after three consecutive losses, he spent his time with teammates at Ronald McDonald House bringing that infectious smile and supporting children and families in need.

If he’s not doing that, he’s likely working on advancing the cause of all NRL players in his work as a Member of the Board of Directors of the Rugby League Players Association. It could also be that he’s at church, because Tim is a man of strong faith. Or it might be that he is with his wife Stephanie and their gorgeous daughter Capri.

Whatever Tim is up to, it’s unlikely we’ll know, because Tim is not going to tell us. Instead, he’ll be doing his best to lift himself and all of those around him up. He’ll show his character and leadership through his actions, not his words and his silence will be deafening.

It’s for all these reasons and plenty more that Tim is one of the reasons that I am proud to support the Parramatta Eels and a club which is led by a man as outstanding as he is.

And I think that’s certainly something worth talking up.