When I was younger, I had very strong and stubborn views on what should happen to rugby league players that misbehaved.

My views on this topic began to change a couple of years ago when players like Manu Ma’u and Danny Wicks joined the team I supported so passionately. I had to reconcile what they had done off the field, in the past, with the positive contribution they were making to my team on the field. This didn’t necessarily just mean the way they played footy, but also the leadership roles and commitment they were showing to their fans and community off the field.

Here’s what I learnt while trying to reconcile those players past with their present.

People are not perfect.

Our rugby league players are a reflection of the society in which we live so societal problems like violence towards women, gambling and alcohol will always, to an extent be reflected in our game. This does not make it right nor excuse this behaviour but is something we should keep in mind when using lone incidents of player misbehaviour as an excuse to tarnish an entire code.

But most importantly, I learnt that not all players had been afforded the opportunities that I had had growing up. I was fortunate enough to grow up in a family that ate dinner together most nights of the week and where education was of utmost importance. I was fortunate enough to study at university, to want for very little and to have felt encouraged and supported not just during my childhood but still now, into adulthood.

Not everyone is so fortunate and for some of our players, rugby league truly is an opportunity to change their lives and to reverse some of the difficult situations faced by these players growing up.

Some of our players will make mistakes along the way, but as I have heard Todd Greenberg say several times – rugby league is a game that gives players a second opportunity. It is not a game that will give players opportunity after opportunity after opportunity, but it will give players a chance to learn from their mistakes and use the privilege afforded to them through rugby league to make a change not just to their own lives but also positively impact their communities.

Whenever I am confronted with a circumstance where a player has made an exceptionally poor error of judgement, that’s the framework I try to think about it in.

It doesn’t make it any easier though, particularly when confronted by the circumstances surrounding a player like Matt Lodge.

Lodge made his return to the NRL just over a week ago when he played for the Brisbane Broncos in a trial against the Gold Coast Titans.

His return has sparked plenty of raw emotion from many fans but also plenty of anger following an incident back in 2015 where Lodge avoided jail time following a series of off field-discretions, the most serious of all seeing him terrorise a group of strangers in their homes one evening in the United States.

Following the incident, Lodge was given a conditional discharge by a New York court as part of a plea deal which included him completing community service and doing some work in the anger and alcohol management space. In the period since the incident and his return to the NRL, Lodge has also become a father, is completing a university course and is working with young people on the impacts of alcohol and the consequences of misbehaviour.

These are all great steps, but what makes me exceptionally uncomfortable about Lodge is that, following a civil lawsuit brought against him by the people he terrorised that night back in 2015, where the court ordered Lodge to pay them $1.56 million in damages, Lodge has not paid a cent to his victims.

Many have said that the amount ordered by the court is too far beyond Lodge’s reach and that he has written to his victims to apologise.

But so often we make the case for players returning to the NRL that they have abided by the court system – a court and justice system that has a job of punishment and rehabilitation at the same time.

Lodge has not done this and even if the amount is well beyond his means, I would like to see Lodge taking some steps (no matter how small) to repay these victims, no matter how long it takes, particularly now that he is on an NRL contract.

I am unaware of the contract situation between Lodge and the Brisbane Broncos, but given Greenberg’s recent commentary about the NRL not being in the business of telling players how to spend their money, I think it is unlikely that the Broncos will be requiring him to use some of his player salary to support the victims impacted by Lodge’s behaviour back in 2015. 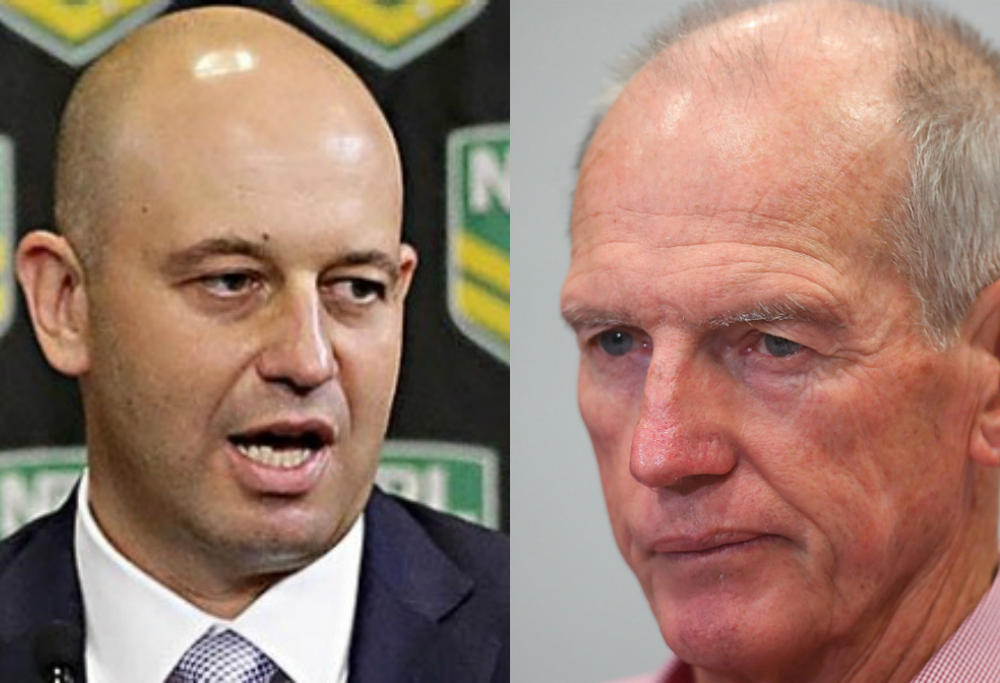 As challenging as Lodge’s past behaviour is to accept, one of my favourite things about rugby league is that it truly does offer people a chance to change their lives and make a difference through their ability to contribute to a club and community both on and off the field.

In the case of Matt Lodge, I hope he recognises how fortunate he is to have rugby league and a be part of a game that is so willing to give second chances.

I want to see Lodge take steps over the next couple of years to not only change his life, but also to begin to pay back the money he so owes his victims.

But if he slips up again, he should know that the rugby league community may not be so forgiving a second time.