At 6:40pm last night at a Legends of Origin dinner, Laurie Daley announced his New South Wales Blues squad to take on the Queensland Maroons for State of Origin, Game 1.

Was I surprised? Absolutely. For the first time in many years, this is a squad which can genuinely challenge Queensland in the series.

It’s true, Daley’s hand has been forced by injury. Had they not been injured, I certainly expected Michael Jennings, Peter Wallace and Tom Trbojevic to feature in the squad.

However, the players selected to replace those injured players strengthen rather than weaken the team which at the moment, looks like this.

There are some players in this squad that I am extremely pleased to see get an opportunity to play for the Blues this year, however no player more so than Nathan Peats.

Since the late 2000s, Robbie Farah has had dibs on the Blues No.9 jersey, despite pressure mounting on Laurie in recent years to select someone else.

That someone else should have been Nathan Peats several years ago.

In order to dominate the Queensland forward pack and set the pace of the game, one of the things New South Wales needs is quick, crisp service from dummy half and a hooker more likely to direct the team to play attacking, unstructured football. Playing this type of football is Nathan Peats’ strength and I think will be of far greater benefit to the Blues team than the structured football we are used to seeing with Robbie Farah in the hooker position.

And if you had any doubt about whether Peats is ready for State of Origin, just re-watch his performance in the Titans win against the Storm – he completely matched it with Cameron Smith.

Despite the right choice of hooker, in selecting his forward pack, I feel like Laurie Daley has missed an opportunity.

While Queensland have completely dominated State of Origin for the past decade, I see a chance this year for New South Wales to begin reversing that Queensland dominance.

While the backline for Queensland is quality and includes some of the best players in the world like Billy Slater, Darius Boyd, Cooper Cronk and Will Chambers, at the moment Queensland are lacking strike power up front. With the injury of Matt Scott and the retirement of Ben Hannant and Corey Parker, Queensland’s props should no longer be expected to dominate the contest.

Interestingly, Kevin Walters decided not to select Coen Hess in his Maroons squad named yesterday at 1pm. Hess would have added some strike power up front).

While Peats’ selection means New South Wales will more likely play unstructured football, Laurie has not selected the in-form forwards in the competition at the moment. There are several players named who have not been playing their best football in 2017 and even if they have been at their best, I think there are other players playing better than that best. 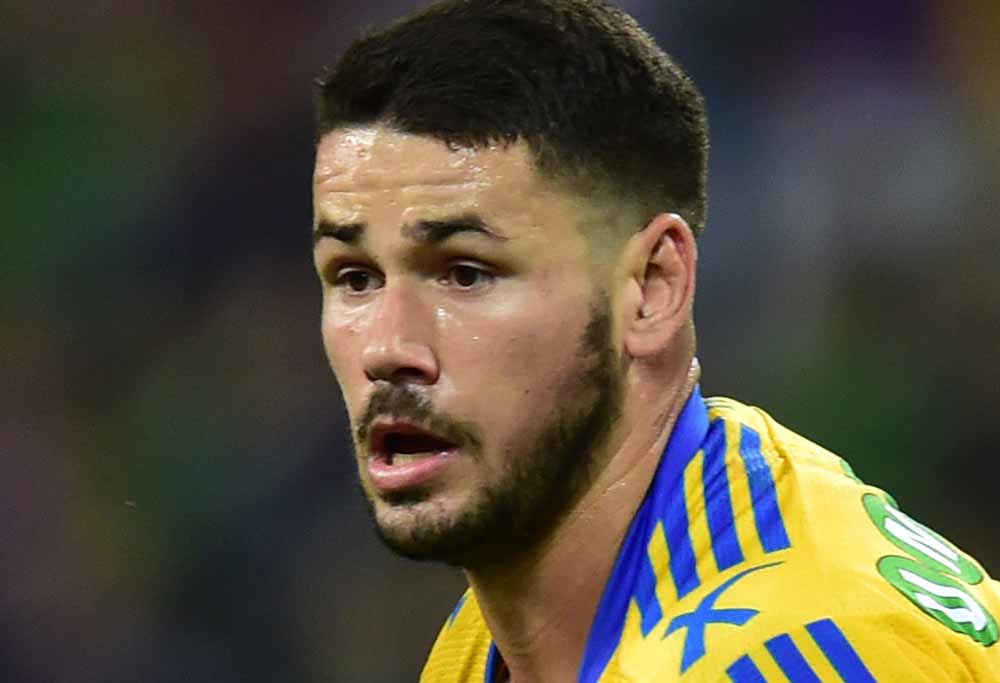 Had I been in charge of selection Josh Jackson and Matt Moylan would all have missed out on a sky blue jersey. In particular, I wanted to comment on Josh Jackson, who I would have left out only because there are other forwards in better form at the moment, like Paul Vaughan and Jack de Belin.

At the start of the year, many predicted the St George Illawarra Dragons to finish with the wooden spoon (myself included) and no one was talking about Vaughan as potentially being the signing of the season.

Instead, he’s been an absolute revelation for the Dragons this year and I cannot understand how he has missed selection for the Blues, despite being the in-form prop in the competition at the moment.

His fancy footwork has been causing opposition headaches since Round 1. He is looking much fitter than he did at the Raiders with a stronger upper body and, as a result, gets through plenty of work each game and also has the ability to offload.

In his last game against the Warriors, Vaughan made 216 metres off 20 runs. That’s the third time this season he has made over 200 metres – metres which I generally only associate with Jason Taumololo.

Laurie also missed his opportunity to select Vaughan’s forward partner at the Dragons, Jack de Belin, to start. While Vaughan made over 200 metres against the Dragons, de Belin was one of three other Dragons to make over 100 metres. He also made 34 tackles and had four offloads.

Combine this hard work with Nathan Peats’ ability to give quick service out of dummy half and I think you have a recipe for success.

Some other players that I do not think would have looked out of place in a sky blue jersey include Ryan James, Cody Walker, Tyrone Peachey, James Roberts and Jarrod Croker – but I have given up on ever seeing Jarrod Croker wear that colour.

Despite the omissions of these players, I’m overall pleased with the squad that Laurie has selected.